The bark of Willow trees is rich in salicylic acid, a phenolic chemical which benefits the plant in multiple ways. It has antibiotic and antifungal properties, so protects against infection, and has been shown to prevent the growth of plants close by, a phenomenon known as allelopathy. In addition, salicylic acid is used by plants to regulate the process of flowering.

Willow trees have been known for millennia to have medicinal properties: its use in pain relief is mentioned in the Ebers Papyrus, an ancient Egyptian text dating back to around 1500 BC. Salicylic acid was identified as the active component of Willow bark in the 19th century, and in 1853 French chemist Charles Gerhardt synthesised acetylsalicylic acid for the first time. This chemical, marketed by Bayer under the trade name ‘Aspirin’, is now one of the most commonly used drugs in the world. 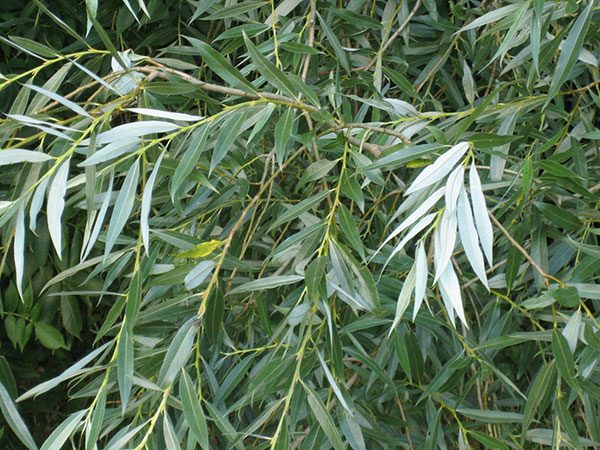