Meet a selection of plants growing at CUBG that have inspirational and interesting conservation stories.

In 2010 there were only about 120 individuals of Impatiens gordonii left on the islands of Mahe and Silhouette in the Seychelles.

As part of a Darwin Initiative project, the Eden Project produced an ornamental hybrid between I. gordonii and I. walleriana (a common container plant also known as Busy Lizzie). This hybrid grew easily and quickly became popular as the poster child for the conservation of rare and endangered Seychelles flora. Under the strapline ‘buy a plant and save the parents’ it has provided a simple and powerful message of conservation, raising awareness, and enabling the training of local people to help establish techniques for growing rare and endangered plants in nurseries in the Seychelles.

CUBG grows this hybrid in the Glasshouse corridor; the plants were purchased from the Eden Project in 2009.

In 2019, CUBG Assistant Curator, Angela Cano, went on an expedition to Vietnam to collect some seeds from this critically endangered plant. Here she tells the story of this plant and how the seeds were brought back to the Garden.

Next we travel to Madagascar to meet an iconic gentle giant, one of the Baobabs.

Our next story takes us to Cape Town in South Africa to learn about a plant, long thought extinct but then rediscovered in the plant collections of parks and Botanic Gardens around the world.

A handsome dwarf shrub with lovely mauve pink flowers, it once grew abundantly near Table Mountain in Cape Town, South Africa. As the city of Cape Town expanded, habitat loss forced the plant to extinction, with the last herbarium specimen collected from a naturally occurring population dating back to 1908.

Or so we thought…

In the early 1980s it was discovered growing in a public park in Pretoria. No records of how it got there remain, but it is thought that it was introduced there in the 1940s. Only one plant remained, so cuttings were taken from this and the plant was introduced to Kirstenbosch Botanic Garden in 1984. Later it was discovered that Kew had a plant too, and another one was also found growing in the Belvedere Palace Gardens in Vienna. In total, eight separate clones of the species were located in botanic gardens and collections worldwide. Now the plant has been re-established in the wild. You can read more about this fascinating story here.

CUBG obtained plants from the University of Bristol Botanic Garden in 2013 and the Royal Botanic Gardens Kew in 2014. The Garden holds three of the clones (‘Harry Wood’, ‘Doctor Violet Gray’ and ‘Tresco Abbey’) and these are planted in the Continents Apart house alongside other Cape flora.

Staying in South Africa, our next story is about the cycads, considered one of the most threatened groups of plants on the planet.

About 2,000 km off the coast of south western Africa is the remote island of St Helena. Our next plant is clinging to life on the side of a steep cliff.

The Dragon tree story takes us to the three island archipelagos in the North Atlantic- Madeira, the Canary Islands and Cape Verde

Hawai’i is an isolated archipelago in the Pacific Ocean. The island chain is volcanic in origin with life arriving by long range dispersal events. It’s remoteness and diverse geography have fostered the evolution of an incredible and unique flora with 86% of flowering plants endemic (found nowhere else) to the islands.

The arrival of humans has led to the degradation of habitats and introduction of animals and plants that led to severe threat and even loss of a considerable portion of this diversity. The island chain contains 46% of the endangered species listed for the USA. One example is Hibscadelphus distans. This species is a relative of Hibiscus, but has bilaterally symmetrical flowers which have evolved for bird pollination, specifically by honey creepers. Its severe decline is a result of a number of factors including introduced animals such as goats and rats, alien plants and habitat disturbance. Combined with this the extinction of the bird pollinators may have reduced genetic mixing of populations, although fruits can be produced by self-fertilisation.

The National Tropical Botanic Garden alongside government agencies have worked to protect and propagate plant material from the two remaining populations in a strategic manner. A recovery plan that tackles the control of the threats to H. distans, the establishment of new populations from captive stock and monitoring has been in place since 1996.

Considering the instability in populations and continued decline, the inclusion of this species in botanic gardens provides a repository of material for continued conservation purposes. At CUBG it is grown in the Corridor, outside the Oceanic Islands House, and it readily produces flower and seed.

This plant is also featured in the Festival’s Phyte Club and also in the Glasshouse Supervisor’s tour.

Carnivorous plants have evolved to capture and digest prey to acquire nutrients in low-nutrient habitats. One of the most iconic carnivorous genera is Nepenthes, or tropical pitcher plants.

Nepenthes have leaves with a modified cup, or pitcher, into which they secrete a fluid containing a wide variety of enzymes that allows them to digest proteins, insect exoskeletons and kill unwanted microbes. Nepenthes pitchers vary considerably between species, with N. rajah having the largest ones in the genus, up to 3.5 litres in volume. They are known to capture small vertebrates such as rats, unlike most other Nepenthes, which mainly feed on insects.

N. rajah is known from four populations across two mountains, Mount Kinabalu and Mount Tambuyukon, on the island of Borneo, Malaysia. There are just a few hundred plants remaining, with the major threat being illegal poaching for the horticultural trade. The species is listed as Endangered and is also on Appendix 1 of the Convention on International Trade in Endangered Species (CITES) – which prevents collection and trade of this species. The inclusion of all populations in Kinabalu National Park has secured this species future as has its ready propagation and distribution from captive plants by the horticultural industry.

Botanic gardens often display large specimens of this species, which provide the opportunity to see it without putting further stress on natural populations. Along with species like Titan arum, displays of these plants are also able to act as flagship species for the conservation of their threatened habitat and the other wildlife that depend on it.

At CUBG, N. rajah is grown in the Reserve House complex as it has special climate requirements and will be displayed in the Mountains House once it reaches maturity.

After globetrotting around the world, our journey finally brings us back to discover interesting stories about British native species.

Mostly occurring in an arc across East Anglia, through Cambridge and into the East Midlands, Sulphur Clover is classified as vulnerable in Britain, and endangered in Cambridgeshire.

It’s a poor competitor adapted to nutrient poor soils. Of the remaining 37 locations where it still occurs in this county, most are on road verges on boulder clay where it is unfortunately threatened by inappropriate mowing regimes, road widening or rerouting schemes and high levels of fertility.

Some road verges have obtained protected status, known as protected road verges (PRV), due to the presence of certain rare species. This comes with specific management requirements in terms of frequency and timing of mowing to ensure the survival of these species. A PRV in Knapwell has a healthy population, with new plants recorded in 2013. It is now being carefully managed, with appropriate cutting of the grass in consultation with the local parish clerk.

Road verges (which make up 1% of the land surface in Great Britain) can sometimes be the best quality habitat in the area and the last remnant of an ancient landscape, on occasion protecting a number of rare and endangered plant species. There have been many campaigns about the mowing of road verges in recent years, mostly spearheaded by a charity called Plantlife. The focus is often on mowing too frequently and at the wrong time, but too infrequent a mow can also be detrimental to wildflowers, the Sulphur Clover being one.

The plants at CUBG can be found on the Ecological Mound opposite the Fen display. This plant self seeds happily, but is derived from a plant collected in the wild near Orwell Hill in 1990.

Our final story is about a plant thought to be extinct, but later resurrected from the dead. 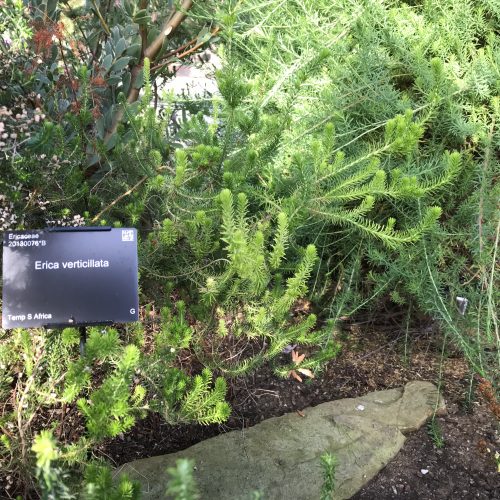 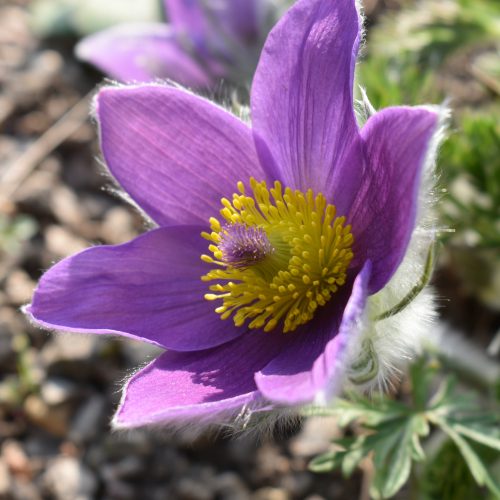 Plant Conservation Around the World

Protecting the world’s plant diversity is a crucial part of the activity of any Botanic Garden. 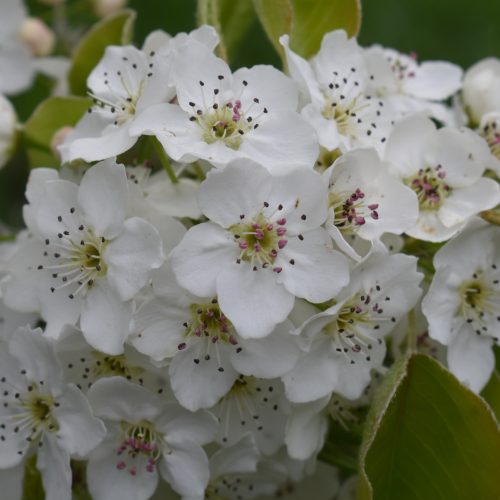 Plant conservation inspiration: what you can do to save plants

If you have been inspired to join the fight to conserve the world’s plants but don’t know where to start, look no further.