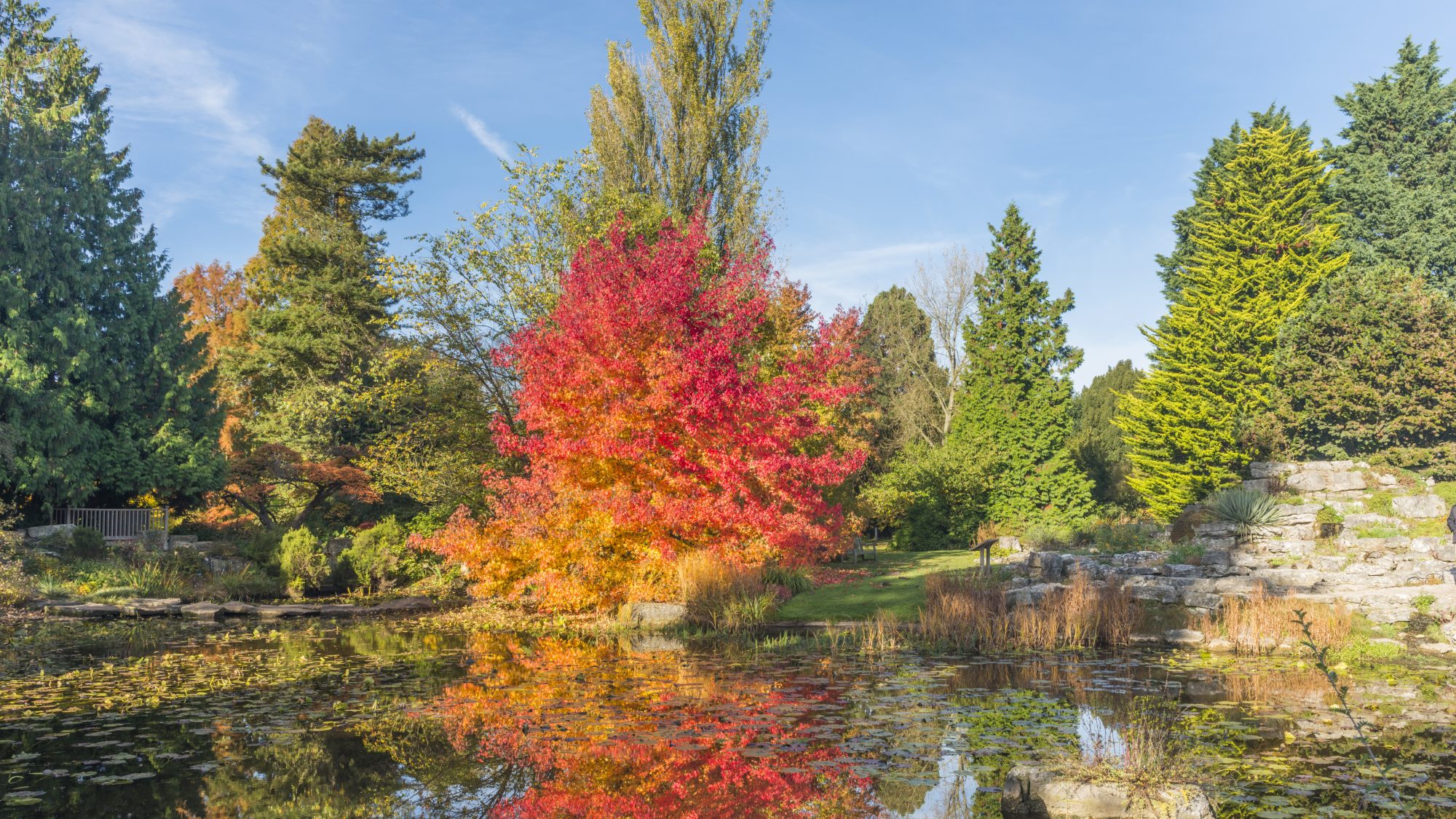 The American Sweetgum, Liquidambar styraciflua, is a medium-sized deciduous tree recognisable by its palmate, five-pointed leaves and spiked autumn fruits. The cultivar ‘Worplesdon’ has more deeply-cut leaves than standard trees, with dramatic autumn colouring; a good example is well-established by the Lake.

It has formed a tear-drop shape and the foliage floods deep wine-red in early autumn, against which burst cerise, red, orange and apricot tones through the following weeks. The tree is a mesmerising sight at the height of its autumn colour, ingeniously placed at intersecting sight lines and throwing a spectacular reflection into the millpond surface of the Lake. For a few weeks of the year, the Sweetgum becomes the fiery fulcrum upon which the Garden appears to revolve.

The Turkish Sweetgum, Liquidambar orientalis, is native to the eastern Mediterranean region and does well in our dry conditions. It has much smaller leaves than the American Sweetgum. The leaves knit together into a cloth of rich, burnished gold tones in autumn. It too is placed adjacent to the Lake, a golden shadow of its American relative. Their autumn leaf colours come to prominence at slightly different times creating a continuous focus of interest, with the American tree succeeded by the Turkish.

Both trees combine well with Smokebushes (Cotinus) and herbaceous plantings in the Autumn Garden.