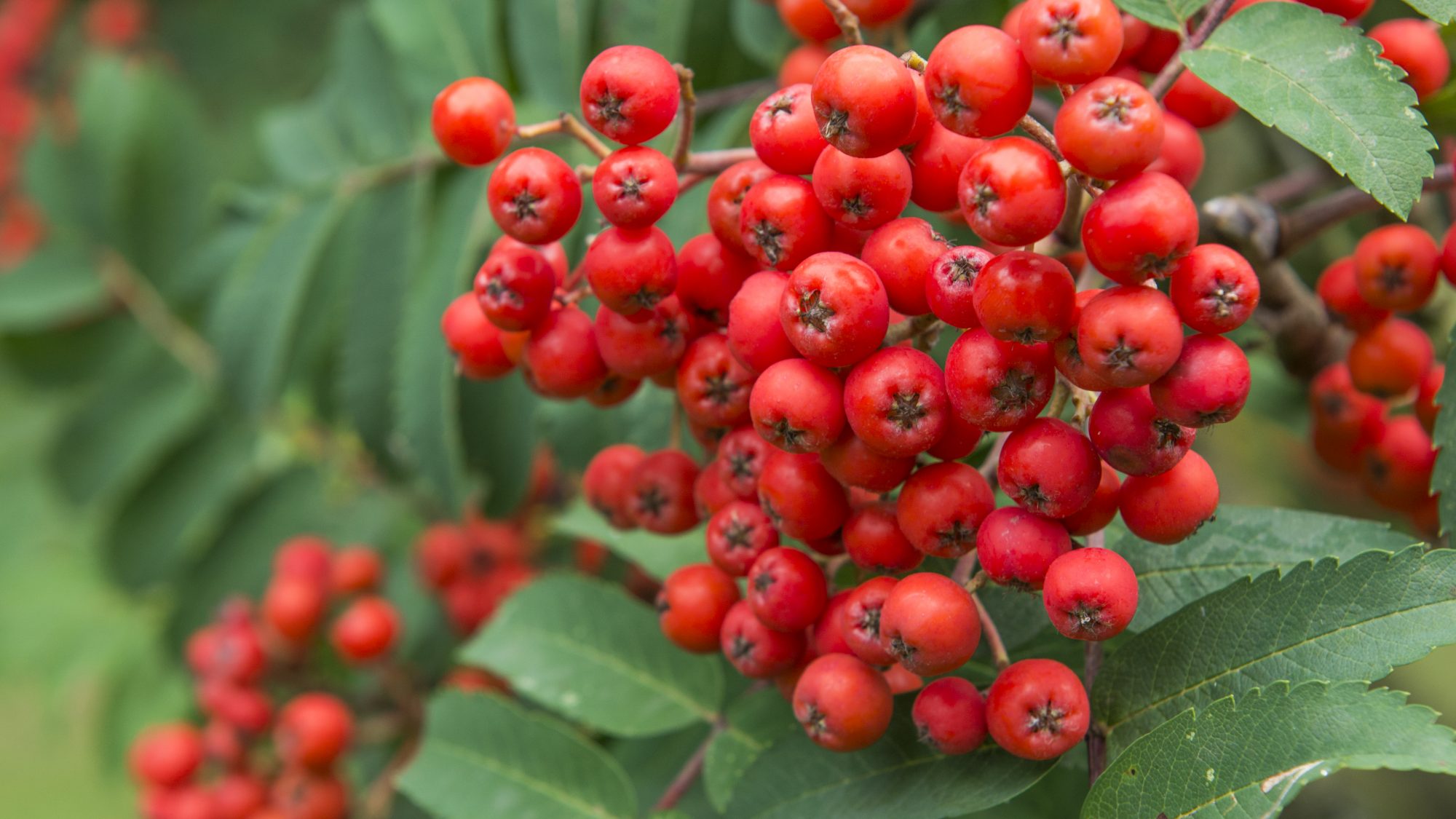 The Garden’s collection of native Sorbus species is one of the most important yet least known. The UK has many unique or endemic Sorbus species, which have arisen through a complex reproductive process called apomixis. This differs from the more commonly-planted and widespread species, such as the mountain ash, Sorbus aucuparia and common whitebeam, Sorbus aria, that reproduce sexually through the cross fertilisation of flowers.

The UK Sorbus have long intrigued plant taxonomists, and it was the first Director, Humphrey Gilbert Carter, who started the interest here in Cambridge. His student, E F Warburg, also took a special interest and much of our collection dates from his work in the 1960s, which continues to the day through the work of Peter Sell on the British Flora.

his fascinating group of trees can be found between the south-western end of the Old Pinetum and the Gilbert-Carter Memorial area. In late spring they are covered in flat white flower heads, rather foul smelling, but attractive to the flies and wasps that visit the flowers. As the leaves unfurl over the summer, it becomes easy to see the key differences between leaf forms. By the end of the summer, clusters of berries hang from the trees, ranging from bright red to russet orange, before autumn leaf colours end the year’s display. In addition to the Mountain Ash, Sorbus aucuparia and Common Whitebeam, Sorbus aria two other sexually-reproducing species, the Service Tree, Sorbus domestica, and Sorbus torminalis, the Wild Service Tree, can also be found. All four of these species have contributed to the origins of our endemic Sorbus which have their own story to tell.

The Devon Whitebeam, Sorbus devoniensis, probably arose as a hybrid between S. torminalis and S. aria (or relative). What makes this and the other related Sorbus special is that they are then able to produce seed without the need for the normal fertilisation of the flowers (apomixis). The seeds are therefore genetically identical and hence a clone of the parent plant. These form distinct populations which can be quite restrictive in their distribution, in this case primarily Devon (as reflected in its name, although it also occurs in south-east Ireland). As the populations are distinct in their appearance, they can be readily recognised and named. Some believe that due to their narrow genetic base, they should be recognised as ‘microspecies’ (small species). Others contend that these are ‘full’ species that simply happen to have arisen through different evolutionary processes, and this is the general consensus today.

Rarely, these populations may hybridise again producing new distinct populations that can quickly become fixed through apomixis. Hence, the origin of these varied endemic Sorbus is through a complex web of hybridisation fixed through asexual reproduction or apomixis.

This has continued to give rise to new species over time – an insight into active speciation within our flora. The recently named species Sorbus admoniter is believed to have arisen from S. devoniensis. We have had this species in our collection for many years as S. devoniensis, with an original note from the collector E.F. Warburg that recognises it as distinct. He even offer the species name eventually given – Sorbus admoniter. A curious moniker (a reference to ‘admonish’), the name refers to the best-known example, which grows near Lynmouth, Devon, onto which a ‘No parking’ sign has long been nailed. This is just one brief example that illustrates the complexity behind the origin of the endemic Sorbus in the UK that are represented in the collection.

Given the small and discrete populations of many of these Sorbus, they are inherently vulnerable to loss even though most populations are now protected. Collections such as ours not only provide a research resource, but are an insurance against loss in the wild and could provide material for re-introductions if needed.

Further Reading
Whitebeams, Rowans and Service Trees of Britain and Ireland. A monograph of British and Irish Sorbus, by Rich, T, Houston, L, Robertson, A and Proctor, M (2010). Published in L. BSBI Handbook No 14 by the Botanical Society of the British Isles in association with National Museum Wales.