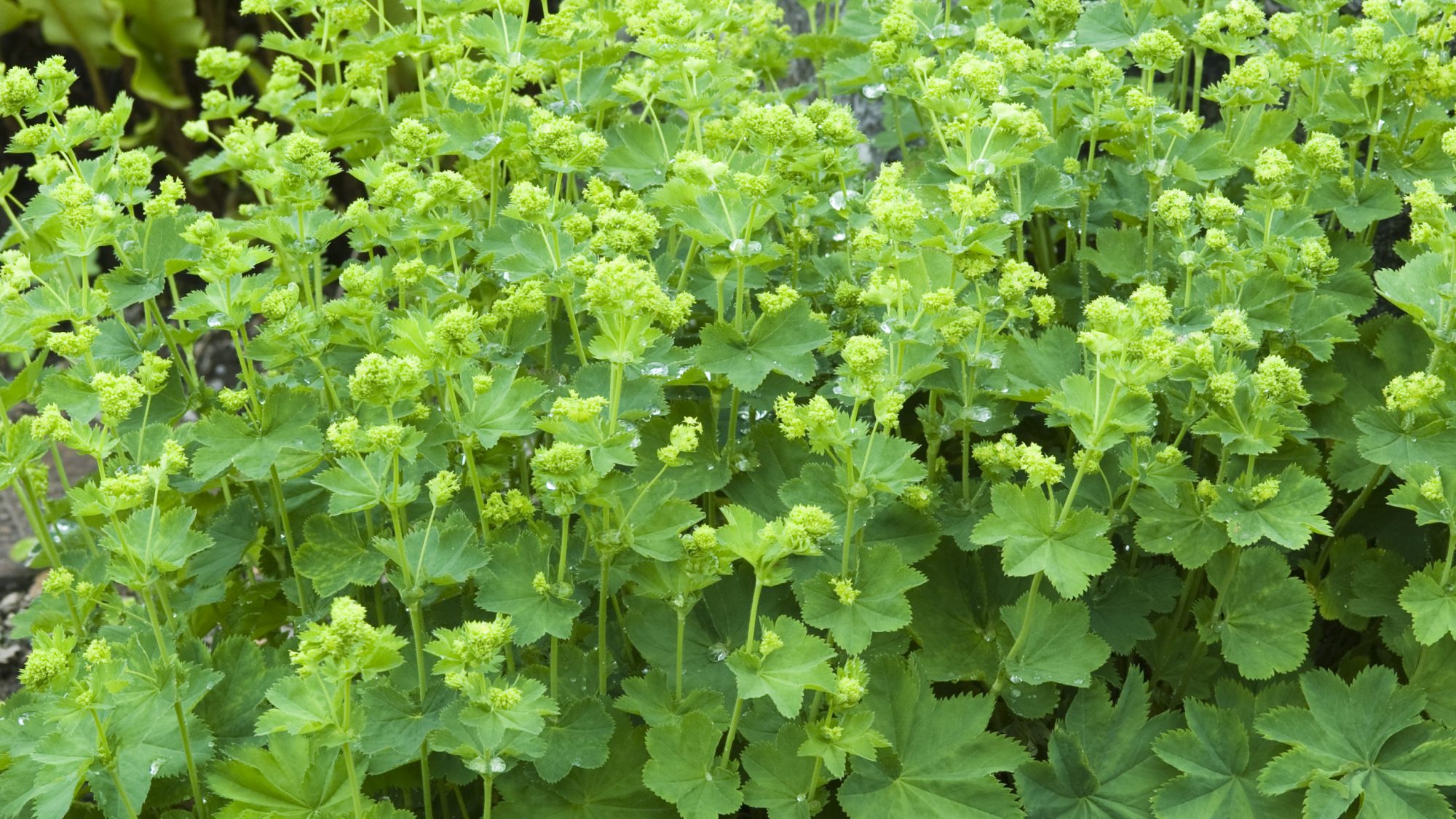 Alchemillas are one of our most familiar garden plants through the widespread cultivation of Alchemilla mollis, Lady’s Mantle, a stalwart…

Alchemillas are one of our most familiar garden plants through the widespread cultivation of Alchemilla mollis, Lady’s Mantle, a stalwart of herbaceous borders and cottage gardens, the froth and foam of its acid green flowers acting as an elegant foil to almost anything it surrounds. The genus Alchemilla is however much more diverse comprising over 300 species of clump-forming, herbaceous perennials with kidney-shaped, lobed leaves and greenish-yellow flowers. The genus is most widespread in Europe and Asia where they are frequently found in upland meadows and pastures, but they also occur on mountains in Africa and the Andes in South America.

This national collection arose out of the research work of Dr S Max Walters, Director of the Garden from 1973-83, who was acknowledged as a world expert on the genus. Amongst his many interests, he was a keen gardener and the correct classification and identification of garden plants became a passion. He was particularly curious to know why Alchemilla mollis was so popular when there were others such as Alchemilla speciosa which grew better, suffered less mildew and were just as attractive. His work focused on the European and Caucasian species, and the more garden-worthy ones are displayed here in the collection.

The main collection of Alchemilla can be found close to the Limestone Rock Garden at the western end of the Main Lawn. They are at their best in late spring from mid-April through to June as the fresh green foliage unfolds and water droplets collect on the foliage.

Some of the main groups of cultivated Alchemilla can be seen in the display. The most common in cultivation are from the vulgaris group, section Alchemilla, which have simple lobed leaves which are not obviously hairy on the underside, whilst the petal-like parts of the flower are all of the same size. The most well-known is Alchemilla mollis from the mountains of Asia Minor and the Balkans, although, due to its vigour, it is not grown here in these beds. Others in the vulgaris group include A. venosa and A. speciosa.

The alpina group, Section Alpinae, has more deeply lobed leaves with silvery hairs underneath and the two whorls of the petal-like parts of the flower differ greatly in size. The most common species seen in gardens is the beautiful and vigorous A. conjuncta (often incorrectly called A. alpina) native of the Jura and Western Alps. This group also includes a native UK species from the highlands of northern England and Scotland.

Many Alchemilla are easy to grow in sun or part-shade and can adapt to most soils. Many naturally grow in cooler and wetter climes than found in Cambridge and hence their location here in a bed with running water to help migitate the worse of our generally hot dry summers. The surrounding rocks are suited to the low growing alpine species that would otherwise be swamped by competing plants.

The value of many Alchemilla as garden plants is shown by their widespread use in plantings around the Botanic Garden. They can be seen in many areas, where yellowish-green foliage and flowers combine well with other plants and provide a weed-smothering groundcover. They are used in spring pot displays to offset the vibrant colours of spring bulbs, in beds in the Woodland Garden, and alongside the path leading from the Brookside Gate.

One of the things that make Alchemilla so interesting to plant scientists is that many are able to produce seed without the need for fertilisation of the flowers; this is known as apomixis. There are very few plants that are like this. It means that the seeds are genetically identical to the parent plant. This is useful on a practical level for gardeners because any seedlings that arise in the garden will be exactly the same as the parent.