The banana is one of the world’s favourite fruits and vital for food security in many tropical and subtropical countries. Even though there is some variability in bananas, half of the current global production relies on clones (copies) of one cultivar called “Cavendish”. This is a problem because its resistance to pests and diseases is very low, resulting in the loss of harvests. In 1950 an outbreak of the “Panamá disease” almost wiped out the commercial Gros Michel banana production, the dominant cultivar at the time. As that disease is back, there is now an urgent need for banana improvement. However, bananas are difficult to breed: they are triploid (3 sets of chromosomes) and cannot produce viable seeds. The study of their genomes is expected to speed up breeding by identifying genes responsible for fruit quality and pest resistance. 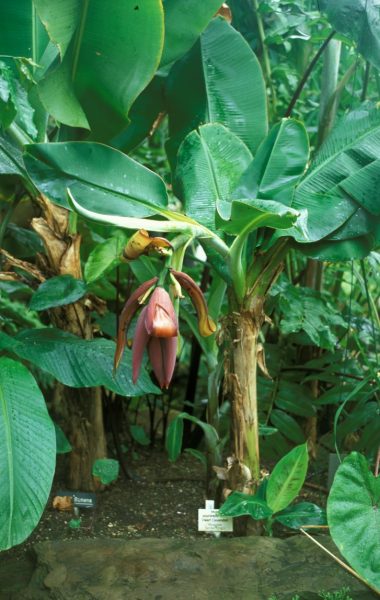 Next: Rice (Oryza sativa)
Return to the trail home page.