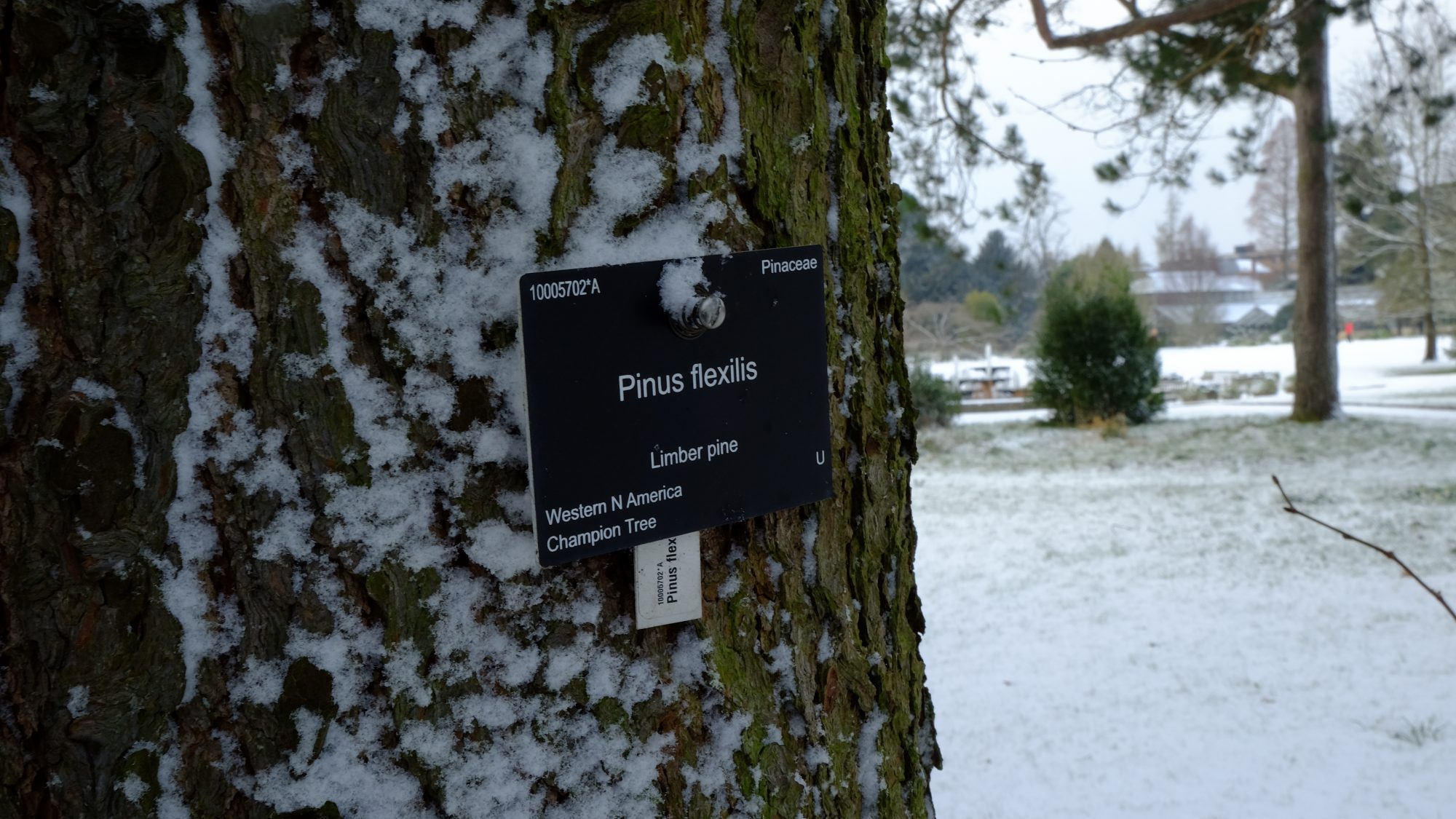 Plant labels are vital to the curation of the Garden’s collections. Not only are they a convenient way of providing information, they also link the particular plant to its record, stored on the Garden’s plant database (IrisBG) using a unique number called an accession number.

Accession Number: The long number at the top left of our plant labels is the accession number. The first four digits of the number show the year the plant was accessioned, the last four numbers are sequential numbers. For example, Potentilla erecta has the accession number 20173471*B. This tormentil was accessioned in 2017 and was the 3471th plant accessioned that year. The ‘B’ indicates it is the second accession (there is another tormentil from the same accession planted elsewhere in the Garden, it gets the qualifier “A”). The major exception to this rule is where information about particular plants has been lost or where the plants, particularly many of the trees on the Main Walk that were planted in the 1840s, pre-date accession records. In this instance, their accession numbers start with 1000.

The Garden now gives a unique number to each accession. Therefore, any group of accessions which consisted of different taxa have had additional numbers added to the accession number to make them unique. For example, the young Cedrus deodara (deodar) by the fountain is 197800205A, was accessioned in 1978 and was the 20th accession but has had a “5” added to make the number unique.

Family: The plant family is shown at the top right of the label.

Plant Name: The plant’s botanical Latin name appears across the centre of the label consisting of genus and species, and where relevant, sub-species, variety and cultivar name. Whereas common names vary from country to country, and even region to region, proper botanical Latin naming ensures correct identification of plants around the world.

Common Name: where there is a common English name in use, this appears in addition underneath the botanical Latin name. Where a plant has both a cultivar name and a common name only the cultivar name is shown due to limited space.

Distribution: The natural distribution range of the plant is shown at the bottom left. Cultivars and hybrids are marked as being of ‘Garden origin’.

Ensuring that all the plants in the collections are labelled is a major undertaking. Labels have always suffered damage and even theft! An article in Loudon’s Magazine of Natural History from 1833 describes the habit of jackdaws stealing labels from the original city-centre Botanic Garden to make their nests, often in chimneys of nearby buildings: “from the chimney shaft, Dr Kerrick’s man-servant got out on one occasion eighteen dozen labels”