Maize has the highest world-wide production of all grain crops. Whilst in many regions of the world it is a food staple, the majority of maize grown is used for animal feed and ethanol fuel. Maize was domesticated in Central America from wild Teosinte. Teosinte had tiny ears, with kernels protected within a hard casing making them very difficult to eat. Farmer selection transformed the tiny ears of Teosinte into large corn cobs.

It has a large genome, with 85% of the genes found to be special “jumping genes” (transposons) which can hop out of their original spot in the genome and then wedge themselves in another, random place. When they land, they may disrupt the activities of nearby genes. Maize proved to be the perfect model organism for the study of these “jumping genes,” as they can lead to variably pigmented kernels in the cob. The discovery of these genes earned Barbara McClintock a Nobel prize. 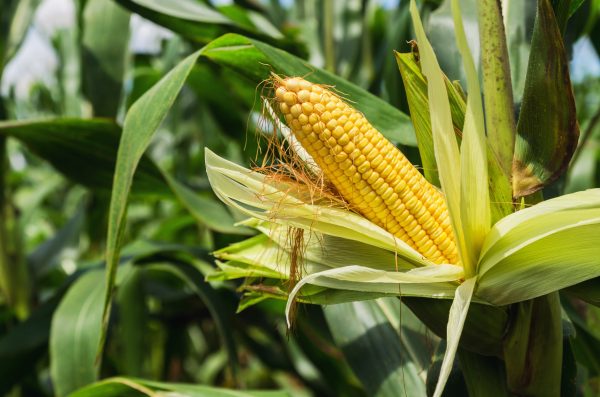