Potato is the world’s fifth most important food crop after rice, wheat, maize and sugarcane. The potato was domesticated in the Andes about 7,000-10,000 years ago but was only introduced elsewhere about four centuries ago. Although thousands of cultivars were bred in the Andes, inbreeding of the few Potato cultivars that made their way to the rest of the world has resulted in reduced variation, mainly because the potato is grown from “seed potatoes”, rather than seed. One consequence of this reduced variation is that they are more susceptible to pests and diseases. This was one of the causes of the Irish potato famine.

Its genome consists of 12 chromosomes, just like tomato and pepper and it is tetraploid (having four sets of chromosomes). Genomic tools are routinely used in institutions such as the International Potato Centre in Peru to breed new varieties. 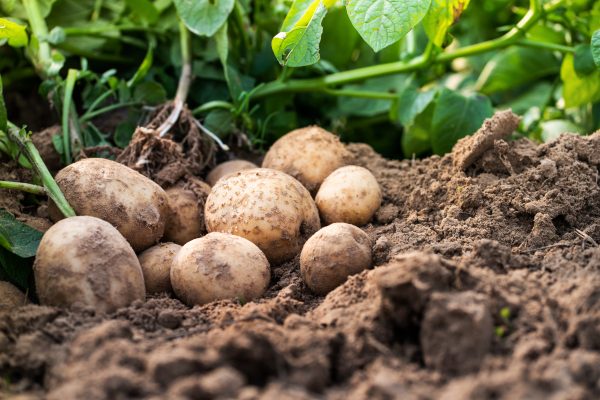 Next: Grape (Vitis vinifera)
Return to the trail home page.