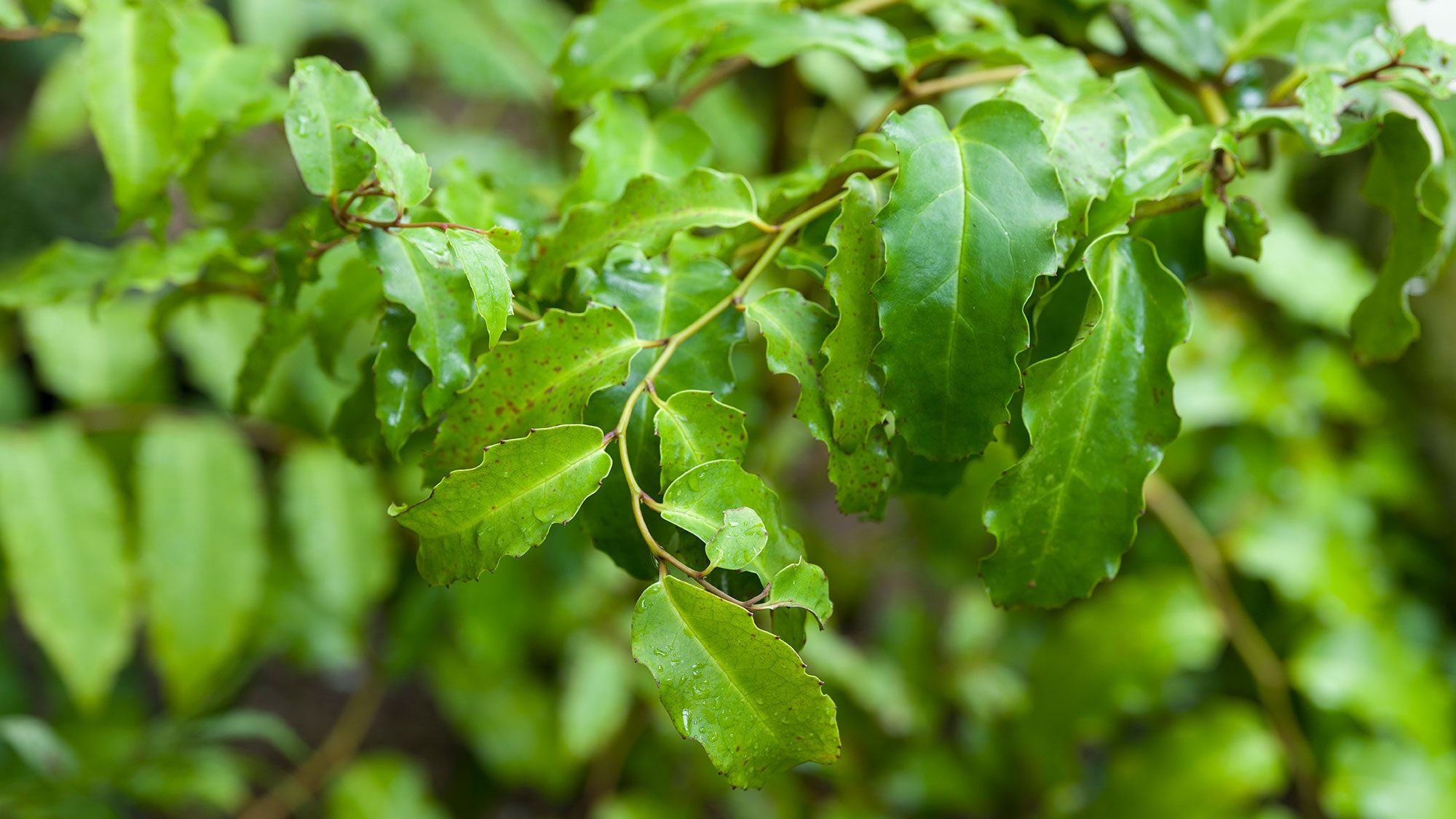 Cycads are gymnosperms that were common around 200 million years ago. Their large woody reproductive cones bear ovules that are open to the air and are pollinated by beetles. The eggs in the female cone of Dioon are produced in pairs, giving the genus its name (meaning
‘two-egged’.) It is native to Mexico, and is near threatened.