The Caucasian Elm is an elegant tree valued for its goblet shape and attractive leaves, which are elegantly and regularly toothed. In autumn, the foliage turns a rich copper colour. When mature, the trunk is unusually short and stout. The unusual genus name comes from the Georgian for ‘stone pillar’: the wood is hard and was used for building.

Zelkova trees are more resistant to Dutch Elm Disease than native Elms. This devastating fungus is spread by Elm Bark Beetles, which breed in dead and dying trees, including those killed by the disease. There is no chemical treatment for the fungus, and it is impossible to control the beetles. More than 25 million trees have died in the UK alone, and there are very few mature Elms left in Britain or much of continental Europe. Notably, Queens’ College has two Elms standing 35m tall; these can be seen from Queens’ Green at the end nearest King’s College. These trees are infected with the fungus, but have not been killed by it, and cuttings from them are being propagated. 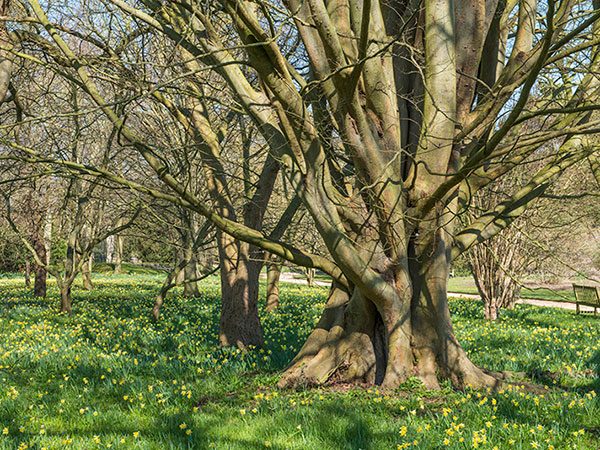