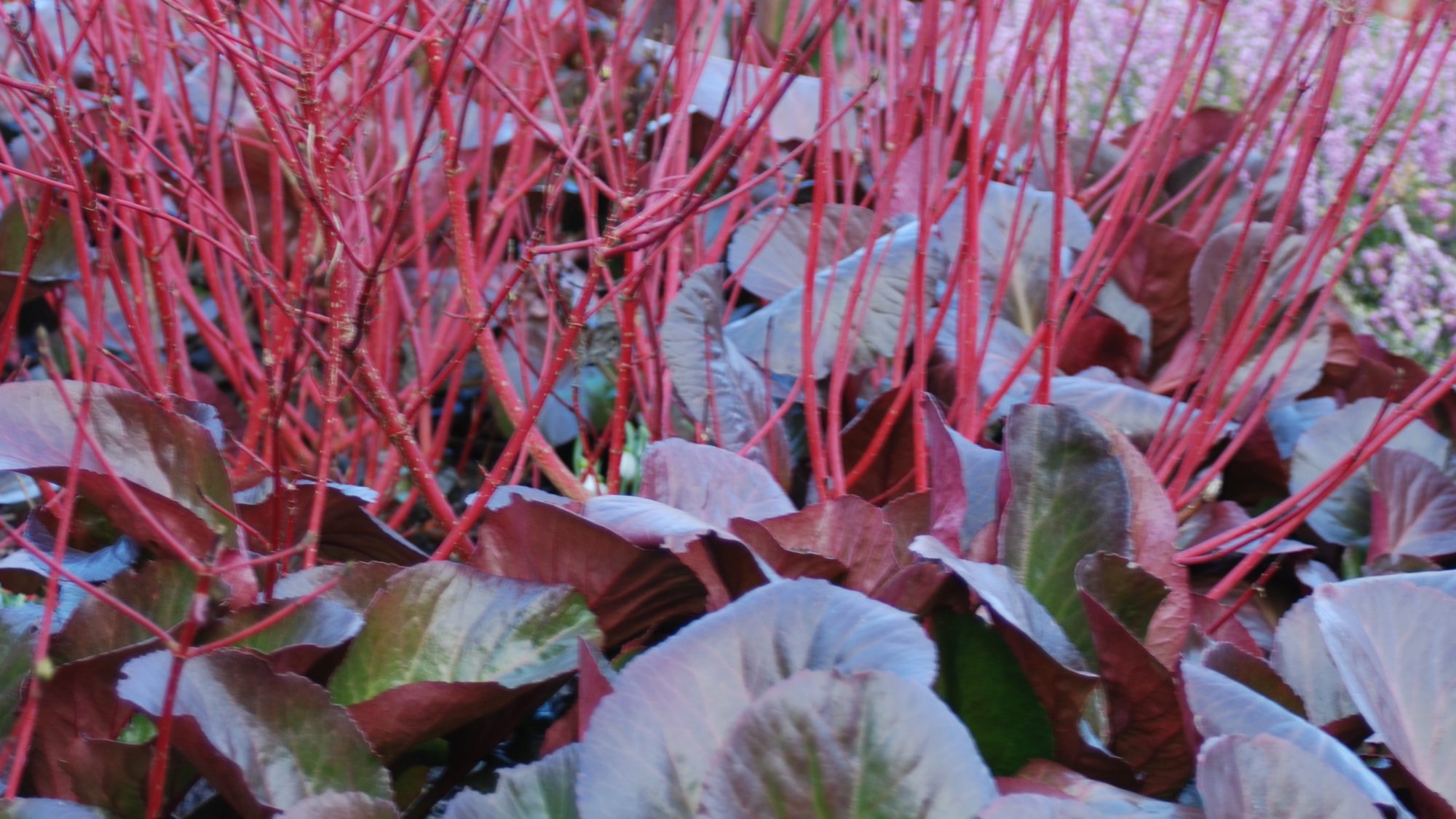 Bergenias are well-known garden plants for the bold, paddle-shaped evergreen leaves that give rise to the common name of 'elephant ears'

Bergenias are well-known garden plants for the bold, paddle-shaped evergreen leaves that give rise to the common name of ‘elephant ears’. The attractive flowers appear in early spring. A small genus of about seven species, these low-growing, clump-forming herbaceous plants come from temperate central and east Asia where they grow in woodlands, alpine meadows and on stony scree up to 4700m.

The majority of bergenias in cultivation have arisen through deliberate hybridisation, and the mix of species and hybrids caused much confusion for years. Dr Peter Yeo, during his tenure as the Garden’s taxonomist, undertook to sort out the complexities of this genus in cultivation, and our collection results from his research.

The name Bergenia was given to the genus in honour of the German botanist and physician Karl August von Bergen (1704-1759). Bergenia is related to saxifrages and is placed in the same family. The most common species in cultivation are B. cordifolia, B. crassifolia and B. stracheyi. Effective as a ground cover, B. crassifolia from Siberia has circular, puckered leaves with wavy edges and bears numerous pale rose to pink, bell-shaped flowers in February and March. Similar is B. cordifolia, native to Siberia, Mongolia and north-west China where it grows in the shade of rocks and woodland. The large, spoon-shaped leaves up to 20 cm across colour an attractive brownish-red in winter with nodding, light pink flowers in spring. In both species, the large and sometimes floppy leaves can become a little untidy, so are perhaps best planted in less formal areas. Of smaller stature and neater habit is Bergenia stracheyi from alpine regions of the Himalaya. It also bears spoon-shaped leaves that are finely toothed, and bears pink to white flowers in early spring.

Particularly attractive for its narrow dark green leaves, which turn a beetroot colour in winter, is B. purpurascens from the eastern Himalaya and south-west China. The name highlights the coloured leaves, and it is a plant best positioned against a lighter background and contrasting foliage.

Bergenia ciliata is favoured for its handsome, large, rounded and hirsute leaves. Native to Afghanistan into south-east Tibet, it grows in woods and shady rock ledges. A similar species which was once treated as a variant of B. ciliata (forma ligulata) is B. pacumbis. This differs in having hairs along the edge of each leaf with the blades being hairless.

Arguably the most attractive flowering species is the elegant and dainty B. emeiensis from Mt Emei in China. It was introduced to the UK by the great plantsman and former Cambridge student Roy Lancaster. Plants are displayed in the Alpine House in early spring and are being trialled in the Woodland Garden.

The most commonly cultivated bergenias are of hybrid origins. Perhaps the most widely grown is B. x schmidtii (B. ciliata x B. crassifolia), which dates from 1875. Its vigour and large, rounded bright green leaves up to 25cm makes it an excellent groundcover, with a prolific display of flowers in early spring. With smaller, neater foliage, B. x spathulata (B.ciliata x B. stracheyi) is also a good choice, the cultivar ‘Gambol’ being most widely grown. Equally known for its neat habit, is the hybrid B. x smithii (B. cordifolia x B. purpurascens).

Many bergenias are grown for their attractive winter foliage, which becomes enhanced during cold weather, and cultivars of this hybrid are amongst the most colourful. Of the many grown in the Winter Garden, B. x smithii ‘Sunningdale’ (rounded leaves suffused deep brown-red) and B. x smithii ‘Bressingham Ruby’ (deep mahogany red tinted leaves) are star performers. Combined with large flowered snowdrops such as Galanthus ‘Magnet’ or ‘S. Arnott’, the narrow leaves and chestnut tones of Carex flagellifera or the white flowers of winter flowering heathers such as Erica x darleyensis ‘Silberschmelze’, they are a stalwart of any winter display.

The National Collection is planted all around the Botanic Garden as thick groundcover, particularly in parts of the Woodland Garden, around the Brookside Gate and the Fountain, throughout the Winter Garden and close to the Herbaceous Beds. Most of the species and common hybrids are grown on the Systematic Beds to allow easy comparison.

Despite offering interest year round, particularly from winter through to spring, today bergenias are often seen as unfashionable and are underused in gardens.
But given a decent position in the garden, they greatly repay just a little attention with luxuriant foliage and good flower displays. With their bold, fleshy foliage, bergenias offer a good alternative to hostas in dry or windy gardens. The foliage works as an excellent foil to underplantings of seasonal bulbs such as autumn-flowering nerines or mid-winter snowdrops.

Occasional mulching with organic matter is all that is needed to keep plants growing well. They benefit greatly from splitting every 3-5 years with extra compost dug into the planting bed. This is also the best way to propagate them, dividing clumps or taking sections of the rhizomes.