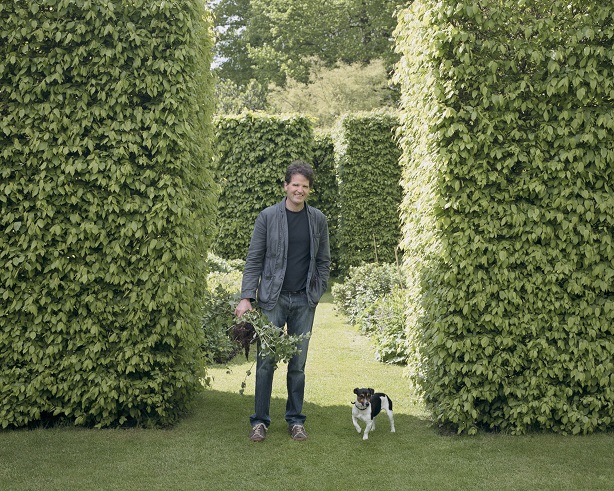 Tom Stuart-Smith is a landscape architect whose work is characterised by strong contrasts between built form and naturalistic planting. He read Zoology at Cambridge before completing a postgraduate degree in Landscape Design at the University of Manchester.
He set up his own practice in London in 1998 and has since designed parks, gardens and landscapes throughout Europe, India, Morocco, the United States and the Caribbean. Projects have included the Queen’s Jubilee garden at Windsor Castle, Trentham Gardens in Staffordshire and the Bicentenary Glasshouse Garden at Wisley for the RHS.
Current projects include a garden square at King’s Cross in London for Argent LLP and the Aga Khan Foundation, several projects at Chatsworth, a garden for the Scottish baronial estate of Aldourie Castle, a new public garden at the Hepworth Gallery Wakefield, and the masterplan for the RHS’s gardens at Bridgewater (near Salford) which is the largest new garden project in the UK.
Tom has also designed eight award winning gardens for the Chelsea Flower Show all of which achieved gold medals and three ‘Best in Show’.