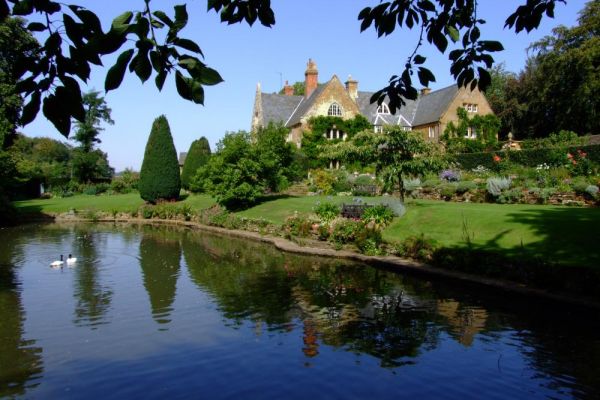 A coach outing to two lovely gardens in Northamptonshire

Kelmarsh Hall gardens have been undergoing steady renovation since 1998. Surrounding the Hall, the gardens are known for their relaxed charm and ‘haphazard luxuriance’. Nancy Lancaster, who lived at Kelmarsh Hall, created the gardens during the late 1920s and again in the 1940s, with the help of garden designer Norah Lindsay and landscape architect Geoffrey Jellicoe. Despite their grand canvas, the gardens have an intimate feel, occasionally broken by wide pastoral views over a lost medieval village or the 18th‐century lake.

Originally laid out in the 1920s by the grandparents of the present owner, Coton Manor garden has been developed and extended by successive generations capitalising on its natural setting, attractive views and abundant water. The 17th century manor house acts as a central focus for the garden, its walls supporting many roses and shrubs, while the surrounding terraces are populated by numerous colourful pots and containers.