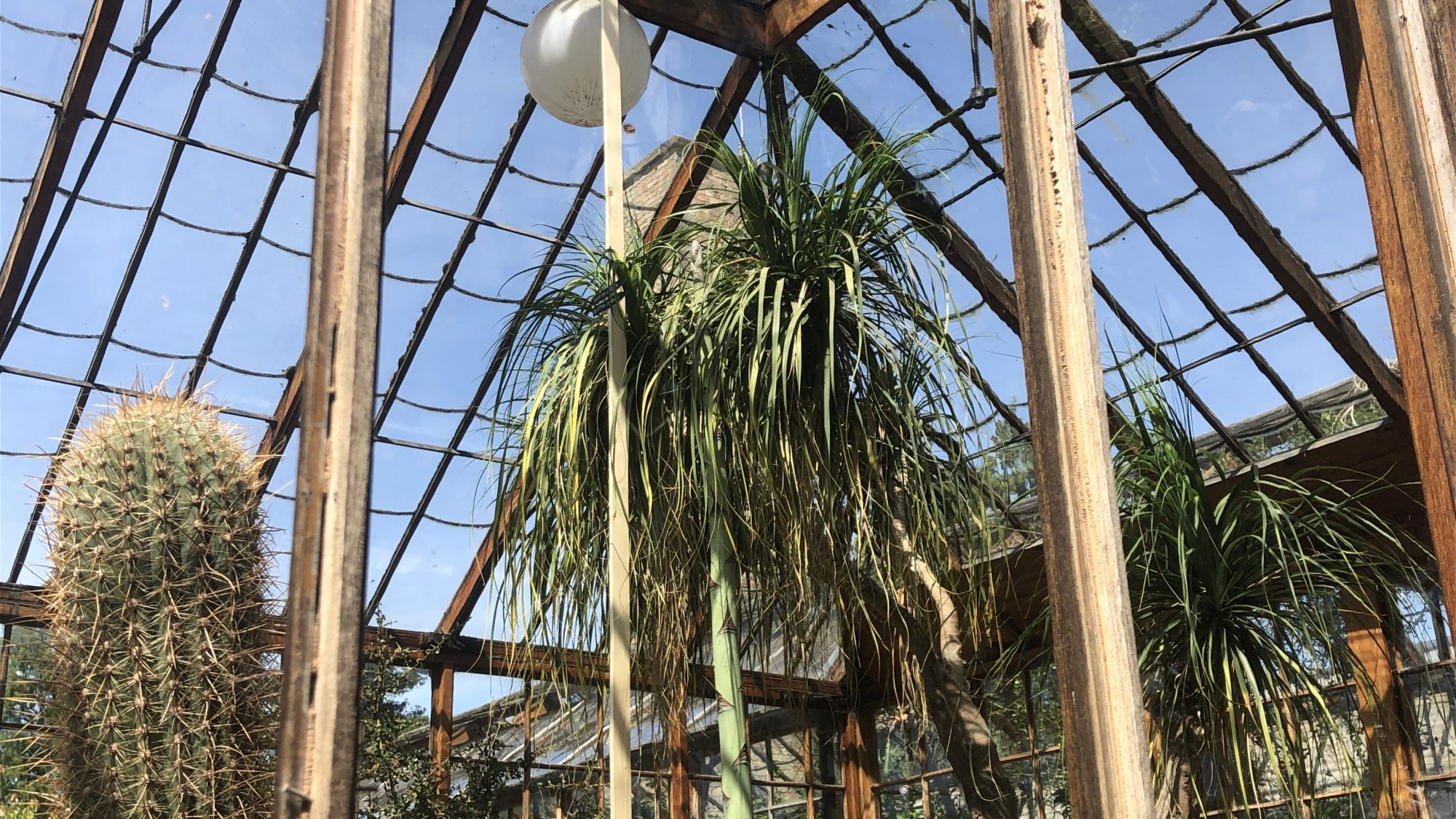 The genus Agave belongs to the Asparagus family, Asparagaceae, and the flower stem, or ‘mast’, of this species certainly looks like asparagus on steroids!

We spotted the flower spike on 19 June and it has made steady progress since then, growing on average 10cm a day. In just one day last week (4/5 July) it grew 12.4 cm in 24 hours and currently it is standing at 3.3m. In the wild, the flower stem can reach 6m in height, so we’ll keep an eye on ours to see if we need to remove any panes of glass from the glasshouse roof. It is measured daily and our Glasshouse team expect the growth to slow down before it flowers, which they anticipate will be in the next 2-4 weeks.

Records indicate that this plant was present here in the Botanic Garden in 1962 – so it’s been here for over half a century and hasn’t flowered in that time. Our Assistant Curator is waiting for it to flower to verify which species of Agave it is – we believe it may be Agave heteracantha but we can’t be certain until it flowers.

Agave’s are generally referred to as ‘century plants’ as they can take up to 100 years to flower. As a result, this is a rare sight in cultivation, combined with the fact they are not commonly grown in gardens, and once the plant has flowered, it will die. Therefore as well as confirming which species of Agave this is, our Glasshouse and Curation teams will harvest the seed and any bulbils. They will aim to grow a new Agave plant here in the Garden, but no flower is expected for at least another 50+ years – so it will be future generations that enjoy the next roof breaking flowering!

We’re eagerly watching it now to see how quickly it will grow, how tall it will get and, if in fact, it is Agave heteracantha.

CUBG Head of Horticulture, Sally Petitt explains: “Despite our endeavours to understand the plants in our collection, we are constantly surprised by them. This Agave is no exception. It has been with us since at least 1962 and has done very little except sit quietly and slowly increase in size. We certainly had no expectations that it would flower now, so were very surprised, and excited, to spot that it was producing a flower spike. We’re eagerly watching it now to see how quickly it will grow, how tall it will get and, if in fact, it is Agave heteracantha. This flowering provides us with the perfect opportunity to confirm what species it is.”

The species Agave comes from the desert regions of Mexico. They build up a large rosette of succulent leaves over many years and then put all their energy into producing an enormous flower spike. Agaves flower once and then die. So in order to continue the next generation, they produce copious amounts of seed, or sometimes new plants called bulbils, on the flowering spike.

The flower spike of all species within the genus emerge from the centre of a basal rosette of succulent leaves, which are toothed, or serrated. In this species, the rosette is monocarpic, so will produce one flower stem, with the entire rosette dying after flowering. Numerous individual flowers will be produced in a spike at the tip of the stem.

This species appears to be synonymous with A. univittata, and also A. xylonocantha, and it originates from the Sierra Madre of Mexico, where it grows at altitudes of 600m.

The last time we had an Agave flowering in the Garden was June 2004. This was Agave tequiliana (which is the plant that tequila comes from). There was also a flowering in 2001 of an Agave sisalana which went through the roof.

There are many Agave species, many of which have a variety of commercial uses. Agave sap is used to make agave syrup as well as tequila, which comes from Agave tequiliana; Agave sisalana is widely cultivated for sisal, a fibre harvested from the leaves, which is used for making rope. 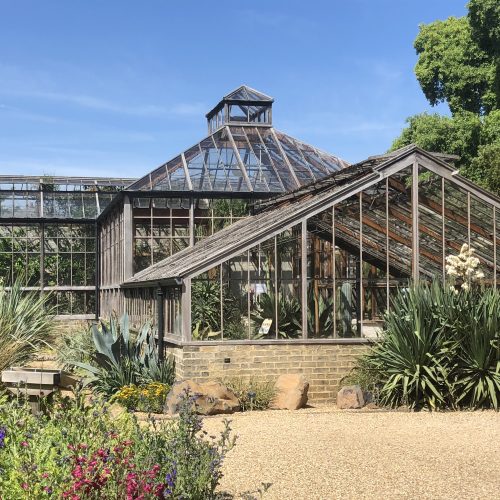