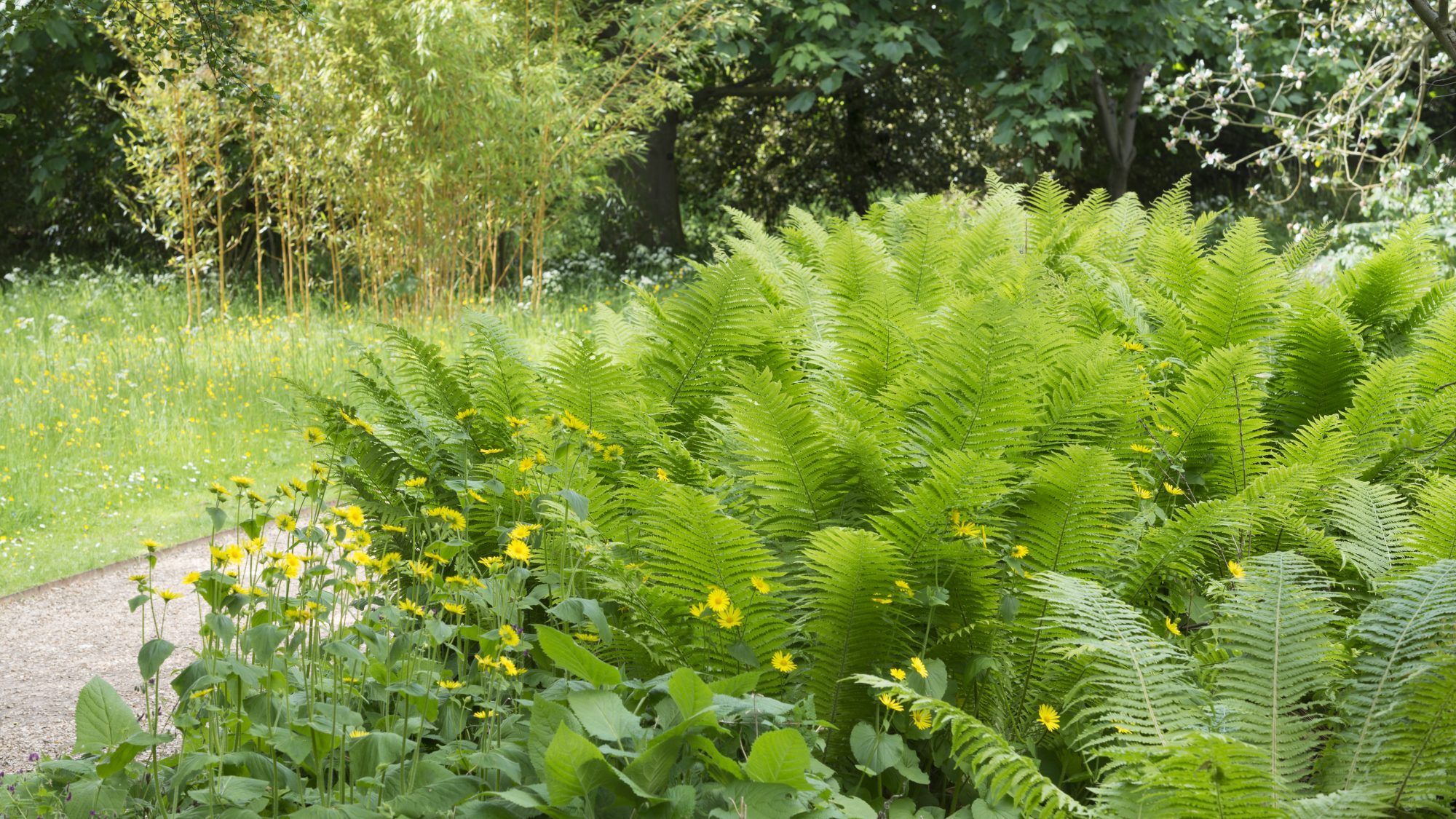 A ‘select few’ have been carefully wrapped and dispatched to London, ready for showtime at the prestigious RHS Chelsea Flower Show

The Garden’s ferns will be ‘making fronds’ with other ferns on the British Pteridological Society’s display to celebrate the Society’s 125th Anniversary year.

The Society, which is affiliated to the Royal Horticultural Society and Plant Heritage (NCCPG) and whose patron is HRH The Prince of Wales, is the focal point for fern enthusiasts throughout the British Isles, many whom have also provided ferns for the stand at the world-famous show.

Paul Aston, Alpine and Woodland Supervisor at the Garden says: “These ferns were not purposefully grown for Chelsea but form part of our collection. The Fern Society have been very helpful to the Garden over the last few years, giving advice on what to grow and checking that our collection is correctly labelled. Particular thanks go to Tim Pyner from the British Pteridological Society, who has an encyclopaedic knowledge of ferns – so we feel it is now time to repay the favour by loaning our collection for Chelsea.”

The Chelsea display will be split into three zones: ferns that like wet conditions outside; ferns that can tolerate dry outside conditions and glasshouse/conservatory ferns. The Garden has offered ferns for all three areas.

Paul continues: “My favourite fern on the Chelsea display is the Mexican tree fern Cibotium schiedei. This grows in mountainous cloud forests in Mexico. I can remember my excitement when it germinated from a spore about six years ago. It now has beautiful, lacy, arching and finely divided, four-foot long fronds and a trunk thickly insulated by ginger, woolly hairs. Wrapping it up to transport it to Chelsea, involved lots of bamboo canes and fleece to try to protect the fronds from physical damage.

Paul has been growing ferns from spores for the last eight years at the Garden. He explains: “It is very satisfying germinating the spores. A fern starts out as a very small liverwort-like structure called a prothallus. You have to be patient and wait for the prothalli to fertilise each other which can take as long as a year, after which tiny fern-like fronds start to emerge. These grow and are potted on until they are ready after two or three years to be planted out.

“We have expanded the existing collection of ferns at the Garden with the opening of the fern area at the end of the Glasshouse Range three years ago. Since then I have been trying to sneak them in to other areas of the Garden too, including the drought tolerant Cheilanthes (rock-dwelling ferns) in the South American section of the rock garden and expanding the collections in the woodland.“

Tim Pyner from the British Pteridological Society adds: “We are delighted to be able to showcase our collection in our 125th Anniversary year at Chelsea. The ferns lent by the Cambridge University Botanic Garden have helped immensely to add diversity of life, form and structure to the display, consisting of around 200 ferns belonging to our members from all over the country. We hope the public appreciate the diversity and character of this special group of plants.”

Paul will be watching television coverage of the Chelsea Flower Show with interest, and has high hopes for the Garden’s ferns: “I didn’t quite envisage when I started out that one day they’d be on display at the most famous flower show in the country, if not the world! I’m keeping my finger’s crossed for a medal for the Fern Society – that really would be ferntastic!”