Yew trees contain taxenes and taxanes, two classes of terpenes which are highly poisonous to many animals and thus deter herbivory.

In the 1960s a natural products screening programme in the United States sampled bark from Pacific Yew (Taxus brevifolia) and found that at lower doses the active ingredient, taxol, reduced the growth rate of cancer cells. However, Pacific Yew bark only yields small quantities of taxol – it is estimated that three mature trees were required to treat one patient – and production required cutting down the trees.

Further investigations found that the European Yew has high levels of taxol throughout the plant. This led to the development of methods to extract taxol from European Yew clippings, which could be harvested without killing the tree. Prunings from Yew trees at the Botanic Garden have in the past contributed to making an anti-cancer drug, but it is now produced from cell cultures in laboratories. 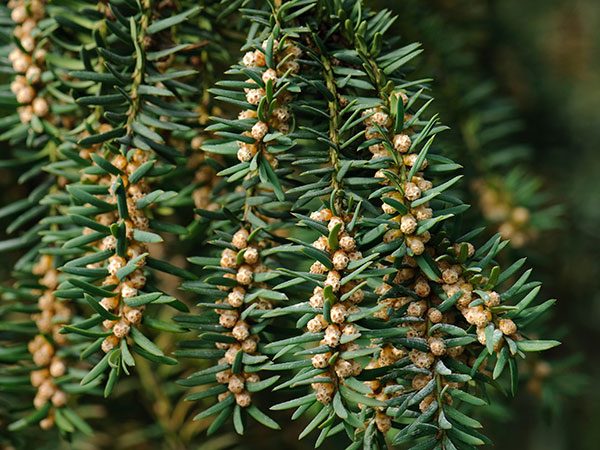