The Opium Poppy (also known as the Breadseed Poppy) is widely grown as an agricultural crop. As well as providing seeds for food, its latex contains alkaloids which have painkilling properties, including morphine, codeine, and many others. The legal harvest of poppy seeds is around 80,000 tonnes per year, with around two thirds of production taking place in the Czech Republic, Turkey, Spain, Hungary and France. Eating poppy-seed bread before drug tests can produce false positive results, but further analysis can distinguish genuine opiate use.

Analysis of Poppy DNA indicates that Poppies became able to make morphine and other painkillers at least eight million years ago. Prior to this, Poppies could only make noscapine, another related chemical with only mild painkilling properties. It is likely that the chemicals which the plant now makes deter herbivores from eating the plant. 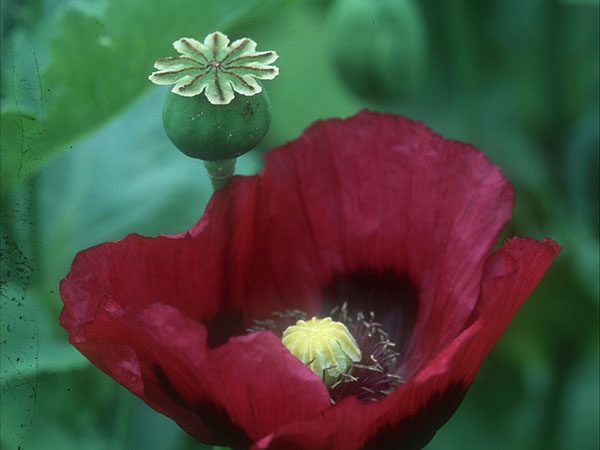