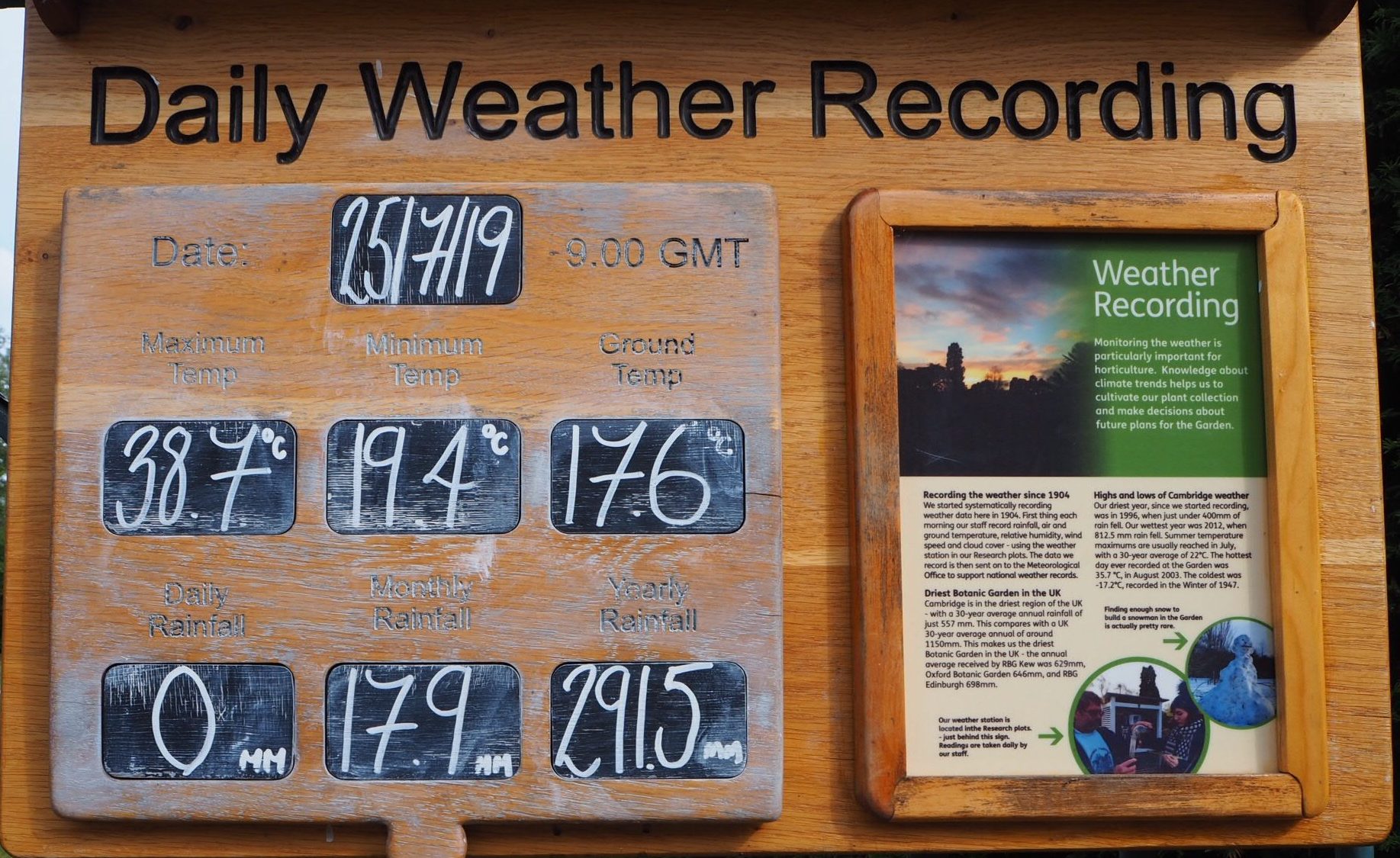 How the weather is recorded at CUBG

Every day for over 100 years, a member of staff at the Botanic Garden has taken manual weather readings of rainfall, air and ground temperature, relative humidity, wind speed and cloud cover at the weather station in the Garden’s Research plots. Meteorological records have been kept at the Garden since 1904.

She collects the weather data from 10:15 the previous day to 10:00am that morning.

Information is recorded in person from observations including a thermometer reading and digital data reading from the weather station (this is cross-referenced with the Beaufort scale (for wind force) and various other specific information tables for wind direction, speed etc).

A description of the morning and afternoon weather is then noted.

The Met Office maintain the UK’s climate records and these are used to monitor our climate at a national and regional level.

To ensure consistency, weather records are only used from weather observation sites with calibrated, standard instruments and carefully monitored exposure. Although some records have been broken by non-standard stations, these are not accepted as official records.

In 2019, CUBG recorded the highest ever temperature to be recorded in the UK – 38.7 degrees Celsius on Thursday 25 July 2019. This record was broken on 19 July 2022 as provisional figures from the U.K.’s weather service show Coningsby, Lincolnshire, to have recorded 40.3 degrees Celsius.

What is the hottest temperature we’ve recorded so far this year?

In June we recorded 32.2 degrees on the 17 June 2022. (Santon Downham, in Suffolk, recorded temperatures of 32.7 degrees Celsius on this day, followed by Heathrow Airport and Kew Gardens, which both recorded 32.4C). This was our hottest June on record.

What is the total rainfall so far this year?

This is looking to be the driest year since we started our records.

By comparison, our driest year since we started recording was in 1996 when just under 400mm of rain fell.

How have temperatures changed over the last century?

Analysis of the Garden’s weather records show that over the last 100 years our average temperature has risen by 1.2 Celsius and the hottest day, highest monthly and yearly average have all occurred within the last 20 years.

Supporting leading scientific research and welcoming 300,000 visitors a year, Cambridge University Botanic Garden is one of the largest University-owned botanic gardens in the world.

The Garden’s living plant collection of over 8,000 species is spread across 40 acres of landscaped gardens. The collection, which includes iconic and endangered trees and plants, supports University research towards meeting many of the world’s greatest future challenges (such as food security, climate change and medicine).

The Garden also inspires schools, the local community and visitors from around the world about the importance of plants and plant science, horticulture and the joy of gardening. 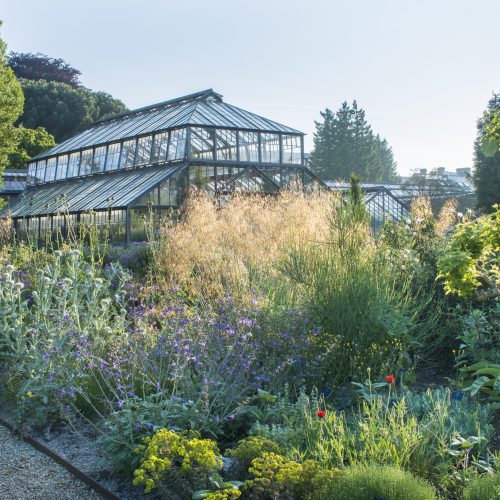 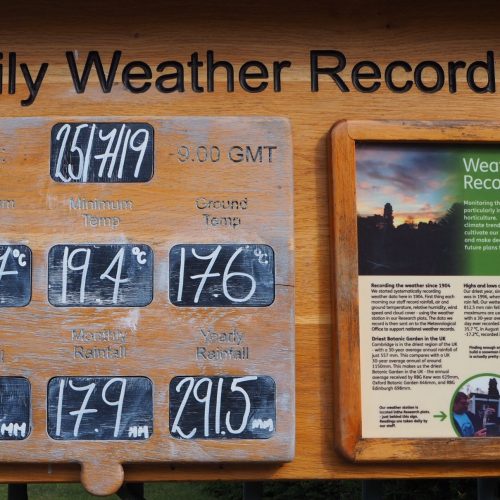 Met Office confirm 38.7 degree C recording taken at the Garden 25 July 2019, is the highest ever temperature officially recorded in the UK. 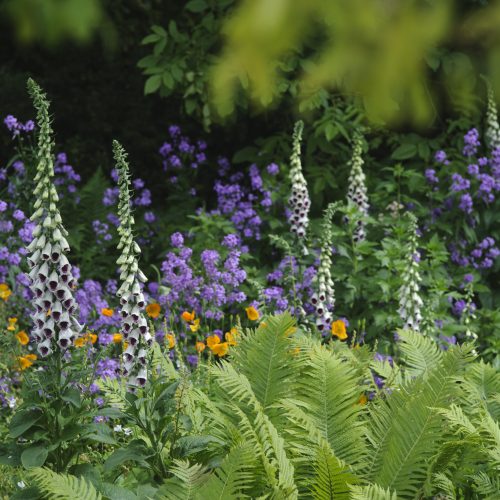