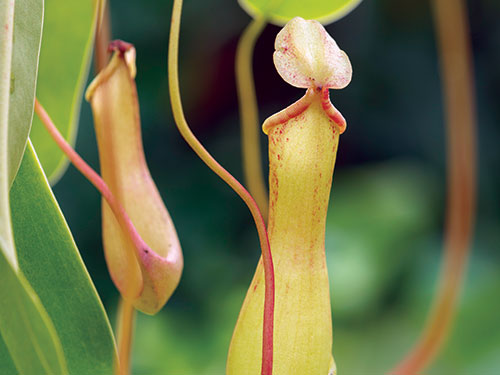 Pitcher plants generally grow on soils which are low in nitrogen, an important nutrient. They gain additional nitrogen from digesting the carcasses of insects which fall into the pitcher and drown in the liquid which it contains. Many pitcher plants make their surfaces slippery, often using waxes on the internal walls of the pitcher. Scientists in the Department of Zoology identified areas in the lip of the plant which have tiny ridges; when these are wet, insects skid off the lip and fall into the pitcher.

Slippery surfaces are of great interest in the development of medical equipment. Bacteria form ‘biofilms’ on the surfaces of this equipment, and removal is costly or, in some cases, impossible. It has been shown that surfaces inspired by the Hanging Pitcher Plant prevent around 96% of biofilm attachment, and do so for a far longer time than untreated surfaces. 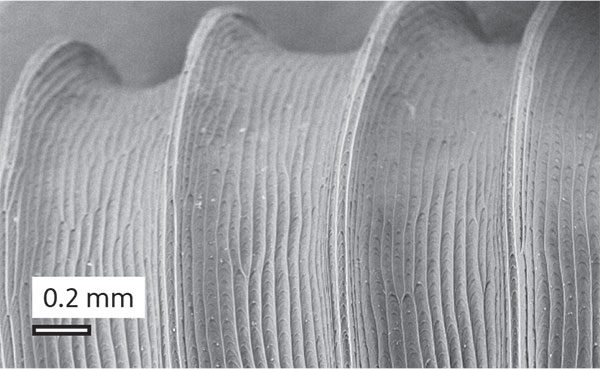