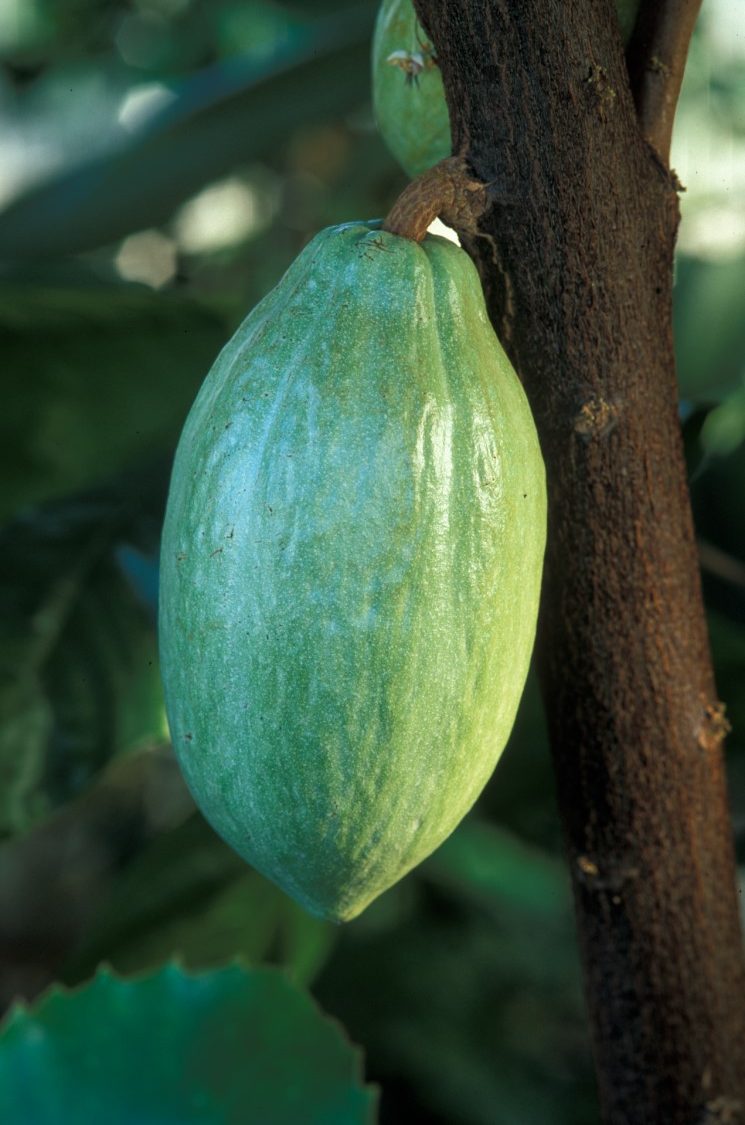 The plant from which chocolate is produced is native to the Amazonian rainforest. Its flowers are pollinated by midges. Inadequate pest control practices (insecticide spraying) decrease pollinator populations and ultimately yield. Cacao is cultivated in over 50 countries. A member of the Malvaceae family, its beans are harvested from pods for use as the food chocolate, in confections and cosmetics.

Cacao is a species with a relatively small genome. The study of the genomes of cacao cultivars is helping researchers identify the genes that control the levels of alkaloids and terpenoids that affect its flavour and melting temperature. Genetic tools are also being used to find the parts of the genome that confer resistance to infection by a common disease, water mold Phytophthora. 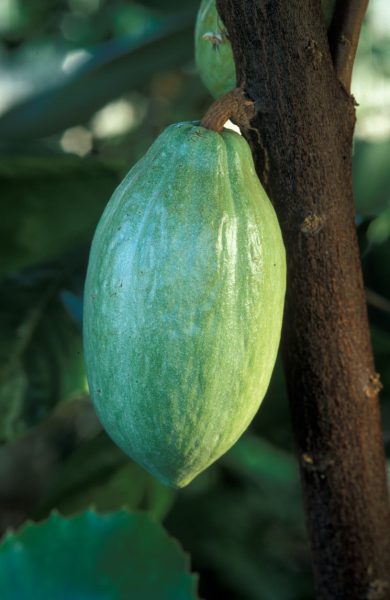 Next: Banana (Musa acuminata)
Return to the trail home page.