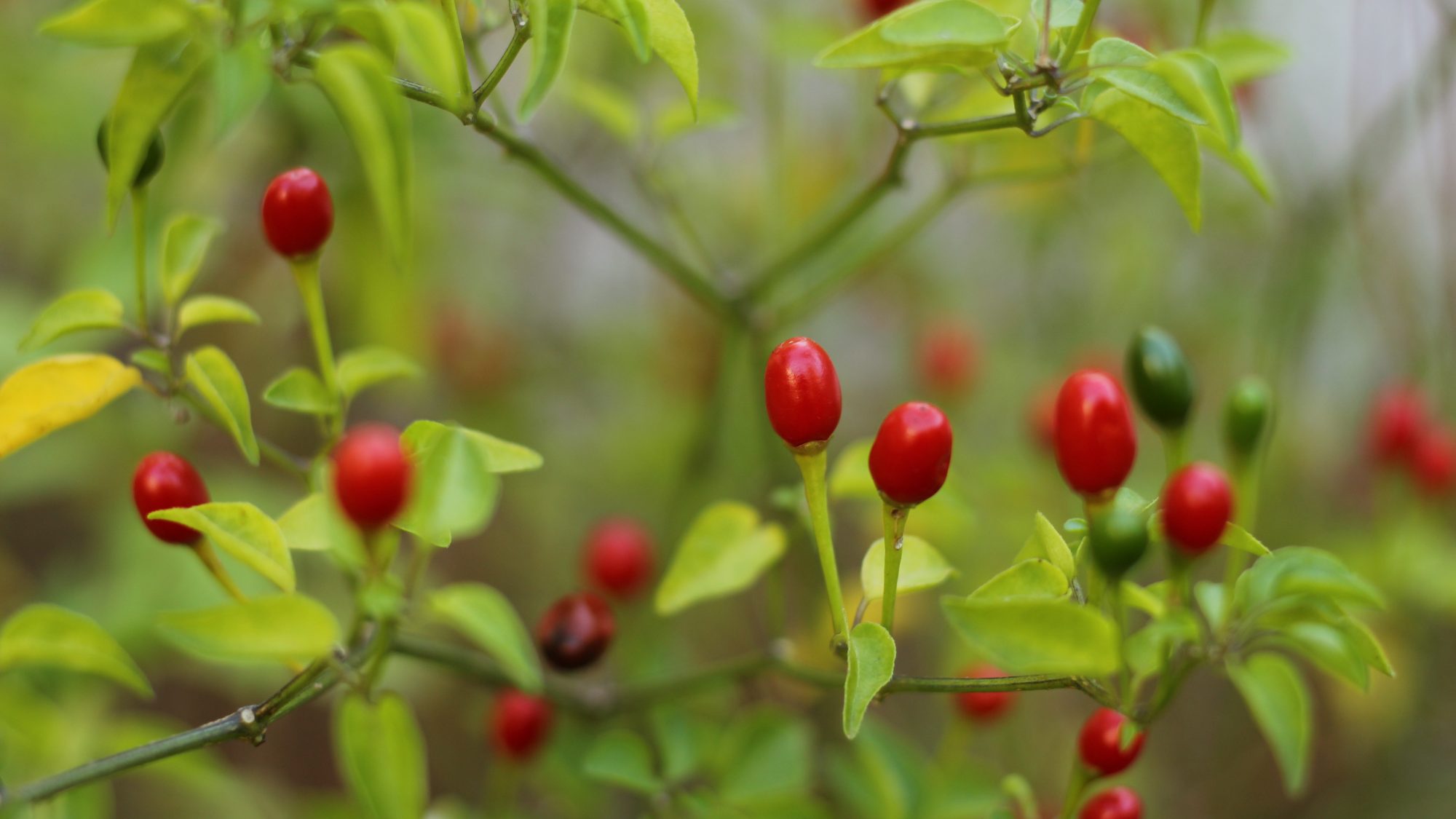 One of the oldest domesticated crops in the Americas, the Chilli Pepper is also the most widely grown spice crop in the world. It is also a close relative of potato, tomato and tobacco (Solanaceae). Chilli peppers are hot because of a substance called capsaicin, which gives them their distinctive hot, peppery taste. This molecule stimulates areas of the skin and tongue that normally sense heat and pain, fooling the brain into thinking they are burning. Capsaicin has been found to repel or poison mammals but not birds.

Peppers can be seen in a variety of colours. Chlorophyll, produced in large amounts as the plant grows, is responsible for the unripe, green colour. Reduction of this molecule during late growth gives way to carotene and anthocyanin molecules, which gradually produce yellow, red or purple colours. Sequencing its genome will serve as a platform for improving the nutritional value of Capsicum species. 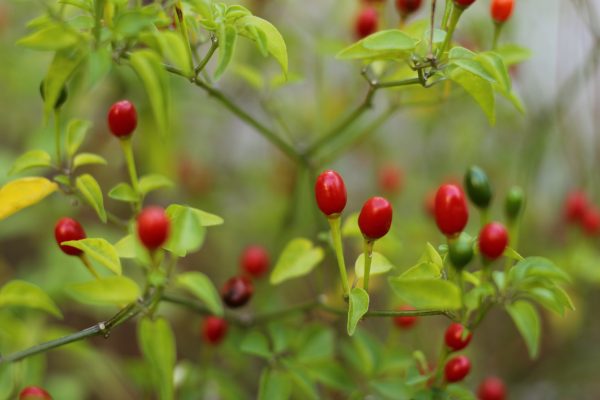 Next: Barley (Hordeum vulgare)
Return to the trail home page.