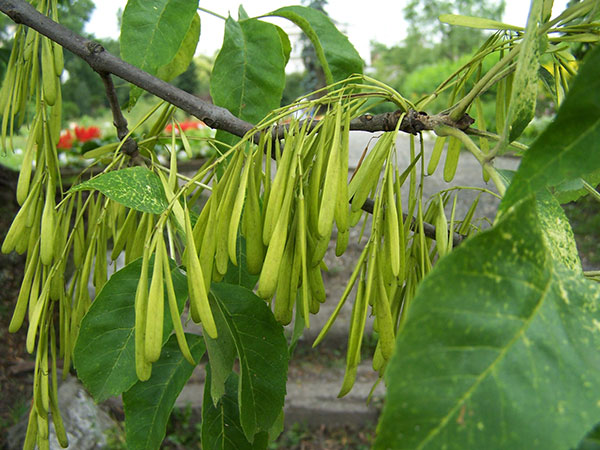 Native to North America, Green Ash was popular as an urban tree: it grows fast and tolerates pollution and road salt. However, it is susceptible to damage from Emerald Ash Borer beetles, and its planting across the USA assisted the beetle’s spread. The pest has so far not reached the UK. Green Ash is also affected by the Ash Dieback fungus, which is killing many of our native Ash trees. Researchers in the Department of Plant Sciences are developing mathematical models to predict the spread of Ash Dieback and to inform ways of stopping or delaying the spread.

Plants in Oleaceae often have numerous scented flowers, and trees in the Olive family (Oleaceae) are often used to produce ‘hardwood’ timber. Hardwood comes from flowering trees (usually broad-leaved and deciduous), in which multicellular vessels transport water through the wood, giving the tree its strength. Softwood comes from conifers, in which water is conducted through thin, single-celled structures called tracheids. Hardwood is usually hard, and softwood almost always soft, but there are some exceptions: Yew is a softwood that is hard, and Balsa a hardwood that is soft. 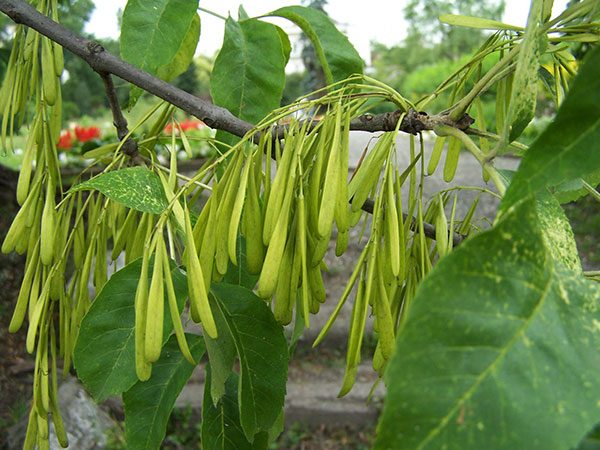