The Persian Ironwood displays ornately tangled branches, some of which have fused together over time to create an intricate lattice. It grows slowly – this specimen was planted in the 1880s – and its wood is so dense that it sinks in water.

Plants in the Witch-hazel family (Hamamelidaceae) were widely distributed in the Northern Hemisphere until around 2.5 million years ago, when glaciation restricted them to areas around the equator. The Liquidambar next to the Persian Ironwood was formerly placed in the Witch-hazel family, but early this century was reclassified into a sister family, Altingiaceae, based on DNA evidence. DNA is found in the nucleus of cells, and contains the whole genetic code for how to make the organism. Scientists call this the ‘genetic sequence’. Different species can share lots of the same genetic sequence, but there are many differences, too. These similarities and differences give information on how species are related. 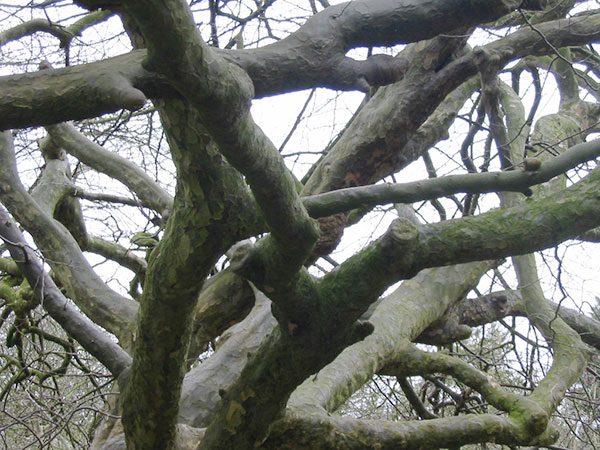