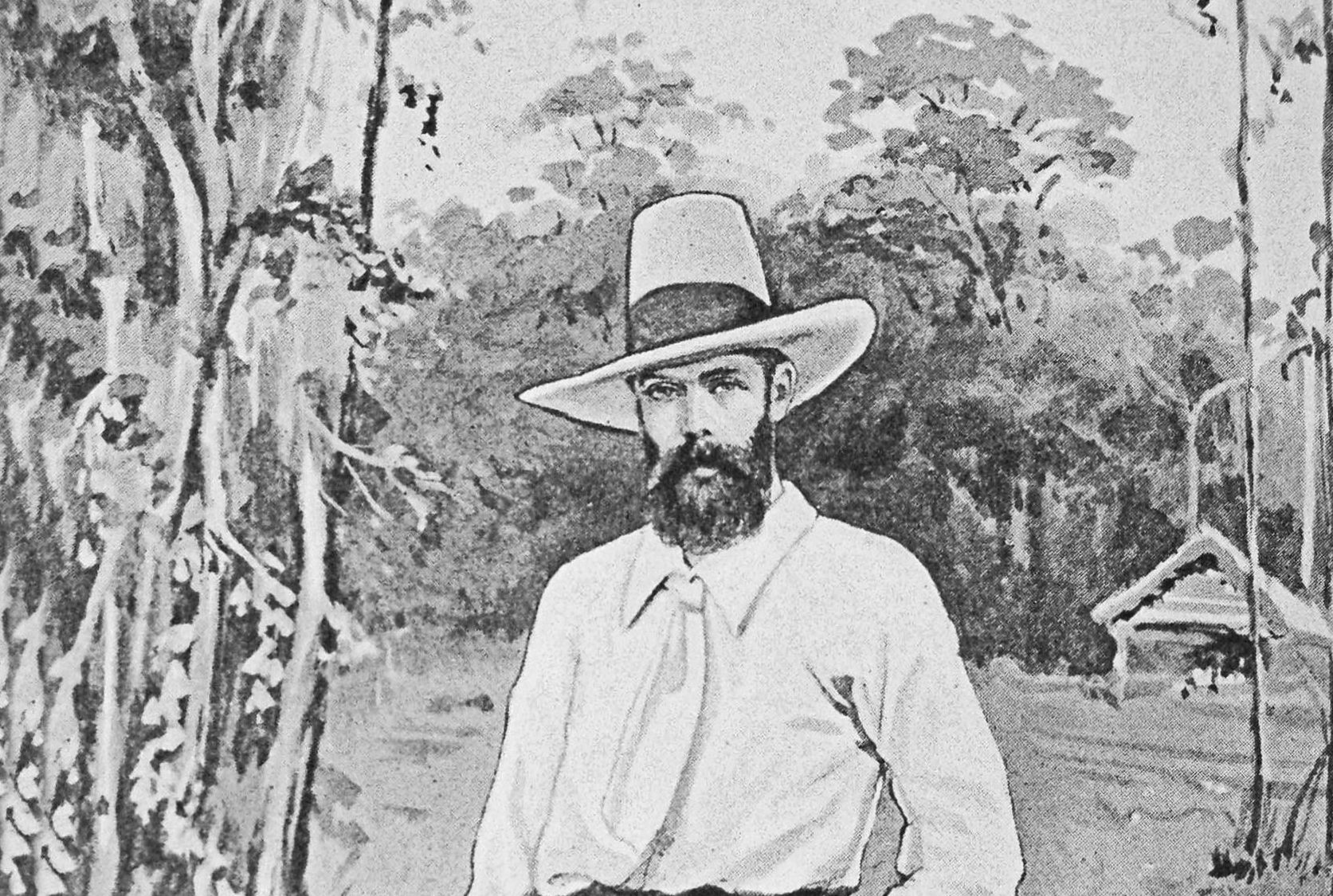 Anyone with £10 to spare can buy a tropical orchid these days. Growers have mastered the art of producing the ubiquitous moth orchid (Phalaenopsis) in their thousands making these flamboyant flowers widely available, perking up many a windowsill with a splash of colourful exotica.

While they are popular houseplants, there is something slightly ‘other’ about the orchid that makes it a beautiful stranger in our midst. But these extraordinary blooms have not always been so readily available – men have risked life and limb to collect orchids from their native far-flung homes before shipping them to Britain to feed the Victorian appetite for the flowers.

Orchidelirium, as it became know, stretched from the 1830s to the 1900s. The legacy of this floral colonialism is the rich diversity of these plants now on our shores and this year’s Cambridge University Botanic Garden Orchid Festival tells the stories of the Victorian orchid hunters.

Step inside the tropical Glasshouse Range and you will be transported back in time, swathed in tropical heat and walking among orchids planted in a lush, green setting. Among the jewel-coloured flowers is an oak wardian cases (made by the carpenter at Trinity College), wooden crates (donated by King’s College) and collecting baskets (woven by basket-maker Nadine Anderson), once the tools of the orchid hunters’ trade filled with their bounty.

“In the early 1800s Orchidelerium followed the fad of Tulipmania that preceded it,” says Alex Summers, Glasshouse Supervisor at the Garden. “Orchids derived from far off exotic areas so were seen as something special by the Victorians and could command a really high price. This drove the rich and famous’ interest in them. Plus they were difficult to grow. All of those things combined added to their allure.”

Possession of these floral luxuries reflected social standing and some nurserymen recognised an opportunity in waiting, including Frederick Sander, who was based in Hertfordshire. Sander was known as the Orchid King of St Albans and between 1880 and 1890 he imported more than two million orchids.
But it wasn’t Sander himself who collected the flowers or took the risks that tropical diseases, unknown territory and unfriendly animals presented – he had a number of jobbing men on his books to do that for him.

“The Victorian orchid hunters were not country gentlemen but average Joes trying to make a living, but one that required them going to areas very few people had ever been to before,” says Alex.
The Orchid Hunters highlights the travails of four of Sander’s orchid hunters (he had 23 collectors in the field and around half of them died on the job), including William Arnold, who drowned in the Orinoco River in South America.

Despite the long journeys to claim them, once cut down from their tropical canopies, the orchids would often perish – a shockingly high percentage was ruined during transportation and collectors were even known to urinate on a rival’s collection to spoil their stash.

“Tropical orchids mainly grow above ground and are epiphytic –they grow on another plant for support. But when these exotic plants turned up in Britain the plantsmen treated the orchids like terrestrial plants – they put lots of water on them – and they died.”
While some orchids are native to this country the orchid family is vast with around 26,000 different species recorded, native species tend to be terrestrial and have an intimate relationship with fungi (more about that later) in order to germinate and grow. But because plantsmen were unfamiliar with the cliff-hanging, tropical-growing types, they had no idea what to do for them to survive. Many years of trial and error followed before specialists managed to work out the conditions required (good air circulation and light) and recreate them (tan pits, full of bark). Even today orchids are tricky – “some are damn near impossible” – to grow as the conditions are just too difficult to create – “not many people can knock up a cloud forest in their back garden,” says Alex.
Current legislation protecting a country’s biodiversity is also a legacy from Orchdelirium. These days you need a licence to even look at some rare orchids and, when a new type is discovered, the whereabouts of its location is a safely guarded secret because there are still modern-day orchid hunters who will go to great lengths to steal their prize. The rare Lady’s Slipper orchid (Cypripedium calceolus) growing on a golf course in Lancashire has attracted police protection.

“There’s a massive black market for them but it’s not really about money,” says Alex. “It’s more obsession. It’s about possession.”

“In Victorian times orchids were the must-have plants in your glasshouse. I think we’re still on the tail-end of the orchid hunters in as much as we continue to hold orchids at the top of the tree of exotic plants.”

Orchids have a reputation as the strumpets of the plant world and get up to all sorts of shenanigans to secure pollination – some mimic female fertile insects to trick a male insect into paying them a visit while others even pretend to be a different plant. The peacock-like splendour of some orchids is an evolutionary necessity; they need a floral organ that will attract the right pollinator to transport their pollen.

The orchid collection at the Garden is being added to all the time and is one of its largest collections under glass. “We don’t have an orchid collection comparable to, say, the Hortus Botanicus Leiden in the Netherlands. What makes us special is that we are a community garden and in the heart of Cambridge and are affordable and accessible to visit. We have the University behind us so plants are used for scientific research and teaching and we provide back-up to other collections, like Leiden.”

As well as hosting the festival highlighting the history of the tropical orchid, behind the scenes the Garden is playing a part in safeguarding the future of a species closer to home. The Fen Orchid (Liparis loeselii), is a tiny orchid that is in decline throughout Europe and in East Anglia, where it was once abundant. There are now only three sites in Norfolk where it grows.

“The Fen Orchid is one of the rarest orchids in Britain,” say Pete Atkinson, Plant Records Officer at the Garden. “Their fen habitat has been lost and their population size is much reduced – it was down to only hundreds about 10 years ago.”

Pete Michna is Experimental Area Supervisor and the two Petes are working on a project to increase the numbers of Fen Orchids and, hopefully, reintroduce them to the wild: “They used to be abundant and grew all over Burwell Fen and just down the road in Cherry Hinton. Now that some fenland is being better managed there is a chance the flowers could become more established again.”

Working collaboratively and under license with the organisations that own the three sites in Norfolk, and specialists at Kew Gardens, the two Petes have collected a number of Fen Orchid plants from the wild and attempted to grow them on and reproduce them at the Garden.

“As far as we know, this orchid has not been ever been grown in the UK before now,” says Pete A. “What we’re doing here is a first.”

The plants in question are not showstoppers, but the tiny Granny Smith-green flowers on spindly stalks growing from mossy beds have a delicate beauty of their own. Cultivating them is not easy and each step takes time – this project has been running for seven years so far and is not yet finished.

Because the Fen Orchid grows at the bottom of long lengths of reeds, tucked up in moss that provides moisture, the process of seed dispersal can be a bit hit and miss – not much is known about this but water possibly plays a part. Once the Fen Orchid has produced seeds they then need the right spot, with the particular moss and fungus required, for them to germinate. It’s an exacting lifecycle.

There have been attempts by scientists at Kew to grow the plants from a seed on a petri dish but the plants produced died – the fungus used to germinate the seed was not hitting the spot. Cambridge Botanic Garden got involved and harvested the exact fungus essential for the growth of the seeds, gave the material to Kew, but it was not to be.

Luckily the management of some fen sites had much improved so success came from collecting plants from the wild, growing them on and propagating them at the Garden. After two years in cultivation the orchid’s bulb is fat and looks promising. “Now we know we can move the orchids and we can grow them, we can start to ask other questions. Could we put them in different habitats? How long do they grow and how quickly do they reproduce?”

None have been reintroduced to the wild yet but that moment is on the horizon. Next month there will be an attempt to move Fen Orchids growing in one area of a site to another (translocation) to see if the plants will flourish. Meanwhile back at the Cambridge Botanic Garden polytunnel, the two Petes will work to increase numbers of the Fen Orchids they are growing with a view to reintroducing them to the wild in 2017.

There is a pleasingly circularity to this story. The Victorian orchid hunters travelled far and wide to plunder orchids from their natural habitats. Now, back home in Cambridge, the Garden is working to prevent the extinction of one single, but significant, species.
“None of this can be rushed,” says Pete A. “But we’re looking at one of the rarest plants in Britain and we are trying to help the population to survive. If we get this right, then the species will go from critically endangered to something much more and that is immensely satisfying.”