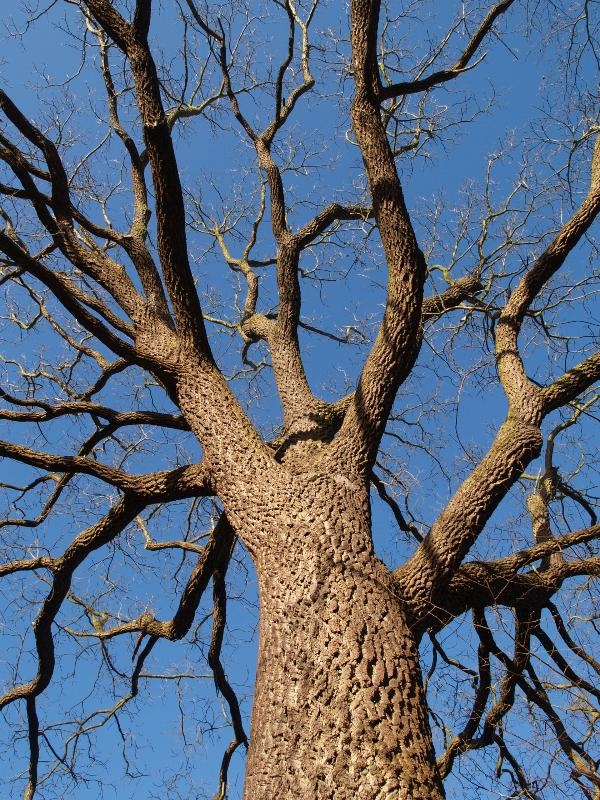 For safety reasons visitors entering the Garden on 7 and 8 August 2017 will be redirected through the Garden's old gates onto the Main Walk.

A team of arboriculturists will start to remove the tree on Monday 7 August as agreed with Cambridge City Council. We expect felling to be completed by the end of Tuesday 8 August.

About the black walnut:
The black walnut, a member of the walnut family (Juglandaceae), was planted in the north-western corner of the Garden alongside other representatives of the Juglandaceae family around 1846. This species of walnut was first introduced to British gardens in the 1600s and has a life expectancy of 150 years. It is thought to be among the earliest plantings in the Botanic Garden, and admired for its deeply fissured, black bark, its columnar trunk and its spreading canopy.

It has long been considered one of the finest trees in the Garden by both staff and visitors. In an article in the Journal of the Royal Horticultural Society in 1915, the then Curator of the Garden, Lynch, observes: “This is a very handsome tree….(which) is 54ft. 7in. high (16.64 metres)”. Botanist and plantsman W. J. Bean noted that in 1969 it had reached 22.86m. It has remained at this height until now, with the crown spreading to 18 metres, and the girth 4 metres.

Horticultural staff at the Garden first became aware of the tree’s demise when it began losing its leaves in July 2016. Sally Petitt, Head of Horticulture says: “Initial observation indicated that this leaf drop was caused either by an anthracnose infection, which causes leaves to form lesions and drop, or by the honey fungus disease, Armillaria mellea. Had the cause been the former, the black walnut would have come back in to full leaf in spring 2017. In the absence of leaf cover this spring it was apparent that the tree would not recover and that the cause was honey fungus.”

Honey fungus is one of the most destructive fungal disease in UK gardens. A parasitic fungus, it affects the roots, trunks and stems of dead or damaged plants and trees and can produce pale, honey-coloured or dark brown fruiting bodies at the base of the host plant. The fungus is spread by air-borne spores, by direct contact of roots of infected and healthy plants, and also by tough, brown-black roots, or rhizomorphs, which occur underground. These strand-like rhizomorphs give rise to the name ‘bootlace fungus.’ Young, healthy specimens can withstand attack from this fungus, but the black walnut was really quite old and this may have made it vulnerable to infection.

Seedlings of the tree will be grown on for planting out in the Garden in the future. Sally continues: “We don’t intend to replant in the space left by the black walnut in the foreseeable future, but we have another, younger black walnut growing in the Garden not too far from this area and we will continue to nurture that. Perhaps one day this too will be a noteworthy tree of the Botanic Garden.”