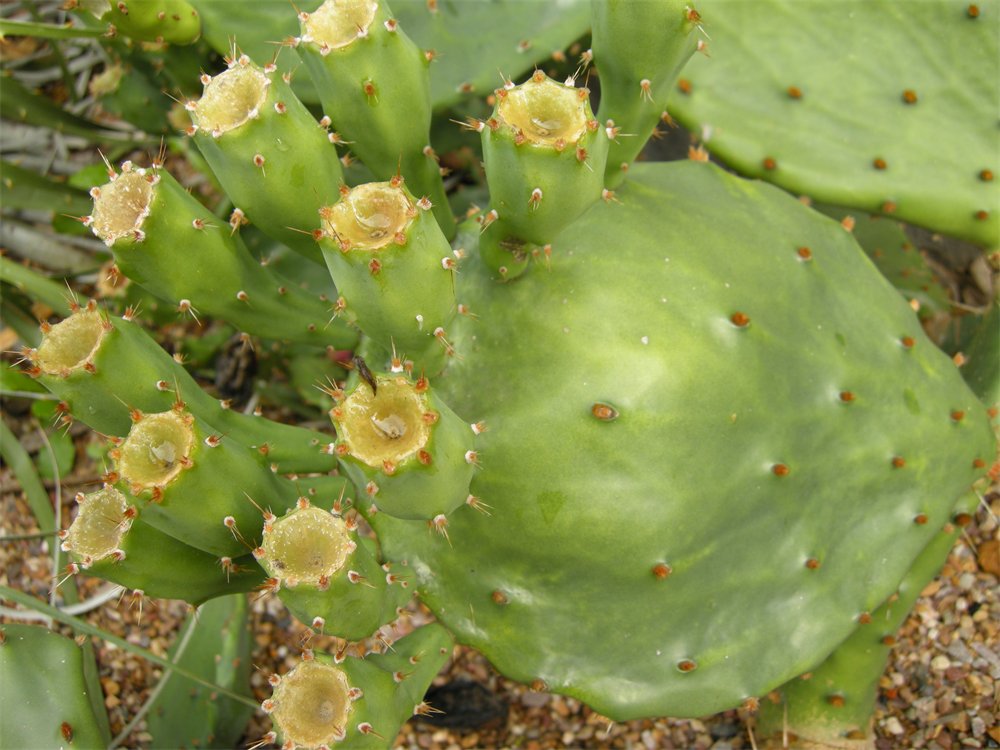 The prickly pear, Opuntia engelmannii var. lindheimeri, was identified as Opuntia cantabrigiensis by the Garden’s Curator, Richard Lynch,  in 1903.

When this speciment first came into the Garden in the late 1800’s it was planted in the shelter of the glasshouse bays, and was thought to be Opuntia engelmannii, a species found in the south west United States and Mexico.  Upon its first flowering here, Lynch questioned its identity, and later assigned it the name O. cantabrigiensis.  In recent years it has been re-identified as O. engelmannii var. lindheimeri.  Although no longer offically recognised by name as a Cantab plant, this species is of considerable significance here, having been grown in the glasshouse bays since first introduced to our collections in the late 1800’s, where it forms a mat of prickly pads which produce pale yellow flowers.