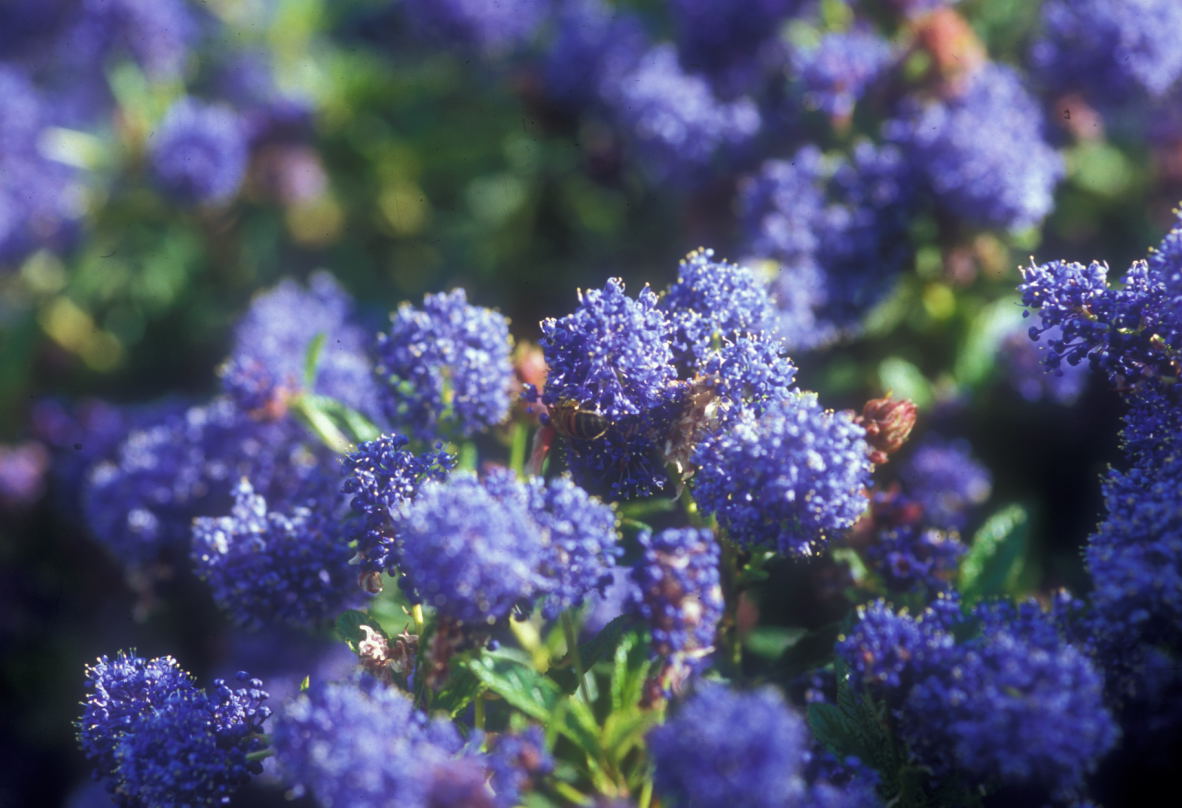 This extremely attractive shrub was first planted in the Garden in the 1970s, having been given to us by Lady Cynthia Postan.  It was later named to honour Lady Postan when it was exhibited at the RHS Chelsea Flower Show.

in the 1960’s Lady Postan collected seed from a plant of Ceanothus papillosus var. roweanus growing at Tilden Regional Parks Botanic Garden in Berkeley, California.  Originally identified as Ceanothus x regius, the Garden’s taxonomist, Dr Peter Yeo, later identified it as a hybrid between C. thyrsiflorus var. griseus and Ceanothus papillosus var. roweanus, and named it Ceanothus ‘Cynthia Postan’.  Growing to nearly 3 metres high and across, it has narrow, dark, evergreen leaves.  The dense inflorescences of flowers smother the plant in rich blue flowers in May and early June.  Here we grow it on the south facing side of Cory Lodge, where it thrives in this sunny site.