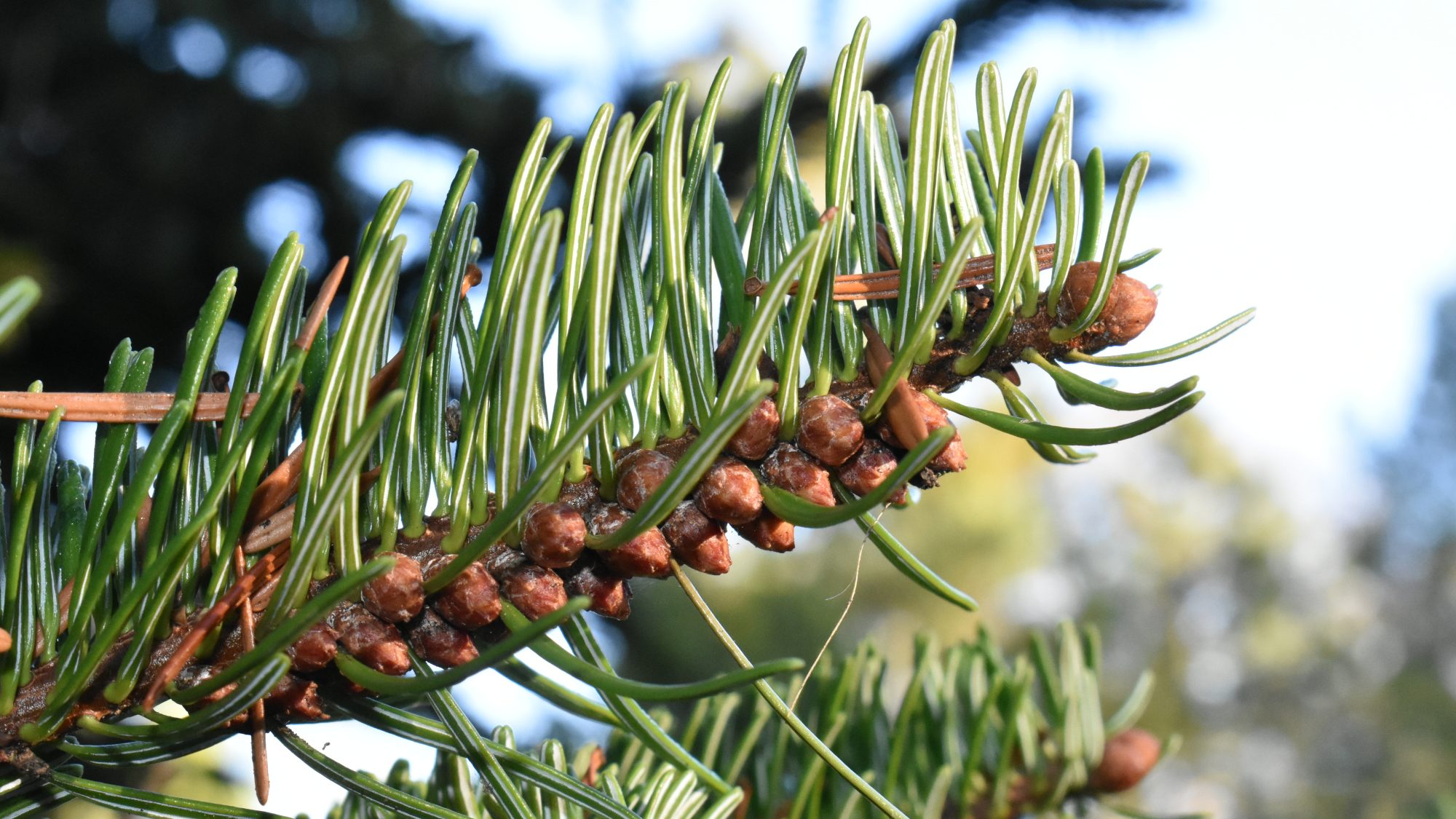 One of the species grown commercially as a Christmas tree, this plant can be found in the New Pinetum.

Abies nordmanniana is a native of eastern Turkey, northern Iran and the Caucasus, from whence it earns the common name Caucasian fir. It can make an impressive specimen reaching 60 m in height and having the typical conical shape and downward sweeping lower branches of many of the conifers. The leaves (or needles) are predominantly arranged on the upper surface of the shoots, and have a dark green, glossy upper surface, and a distinctly grey lower surface created by two bands of stomata running the length of the needle. It bears cylindrical cones to 15 cm in length, which have protruding bracts. Initially discovered in 1836 and first introduced to British gardens soon after this by the Scottish botanist and nurseryman Charles Lawson, after whom the Lawson’s cypress is named, A. nordmanniana one of the species sold commercially as the Christmas tree.