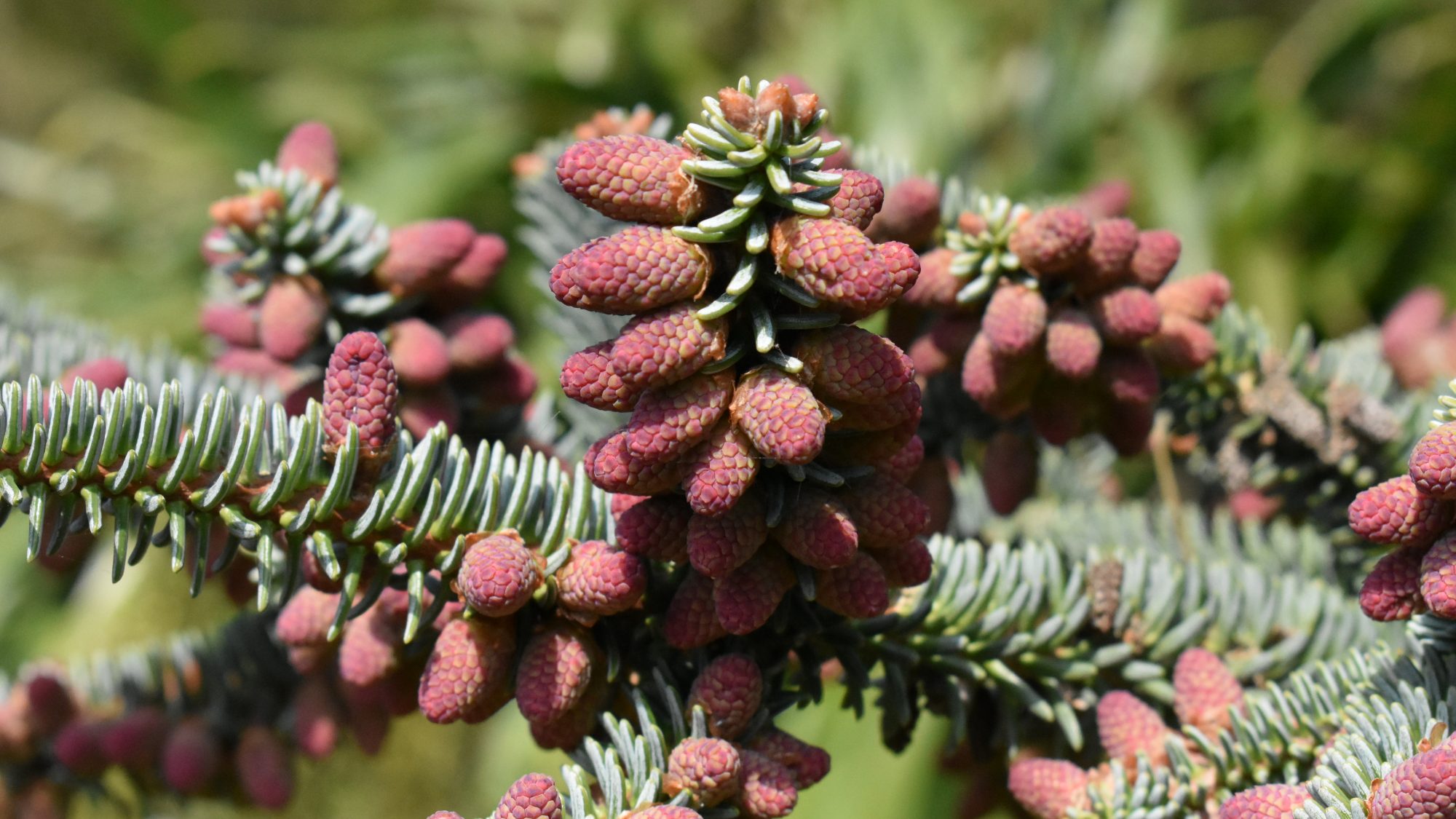 This attractive fir serves as a fine backdrop to the Terrace Garden.

Members of the genus Abies are commonly referred to as silver firs – a highly appropriate name given the silver-grey foliage which covers the stout branchlets. One of approximately 50 species, Abies pinsapo, (Spanish fir or pinsapo pine), is one of the rarer species, occurring only in limestone regions of south-eastern Spain. Such is its rarity due to population fragmentation, changing climate and agricultural pressures, that it is considered an endangered species by the International Union for the Conservation of Nature. In gardens it does well in any soils, growing to 25m and producing a neat conical crown when young, though this develops to form an uneven habit with age.  The stiff, glaucous leaves are arranged radially at right angles around the shoots, and cylindrical cones, which are a purple-brown colour when they emerge, are borne at the terminal of the shoots.