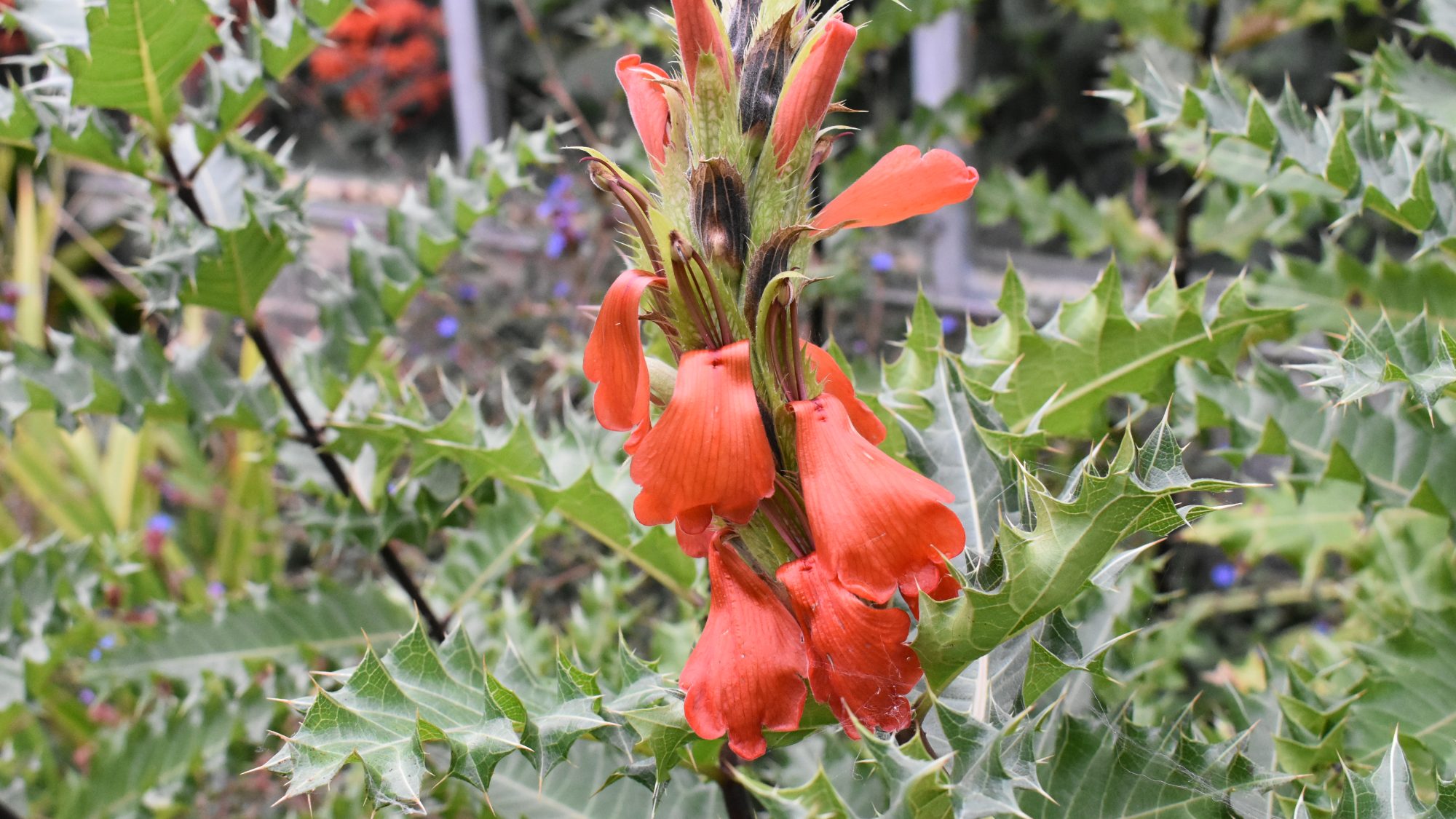 This spiny plant is thriving in the microclimate of the Glasshouse Bays.

Many members of the genus Acanthus, which comprises some 30 species, originate from the Mediterranean, where they grow in poor soils in dry, rocky. They are valued by horticulturists for their architectural habit, often producing striking foliage and sturdy, erect terminal racemes of tubular, two-lipped flowers. Many members of the genus have spiny leaf margins which act as an effective deterrent against predation. Acanthus sennii is an Ethiopian species which grows in coniferous forests and rocky grasslands at altitudes up to 3,000m. It is used in Ethiopia as hedging to deter livestock from accessing vegetable plots. Here in Cambridge it requires a sheltered, well-drained spot, where, once established, it will produce vibrant orange flowers which emerge above glossy, well-armed foliage.