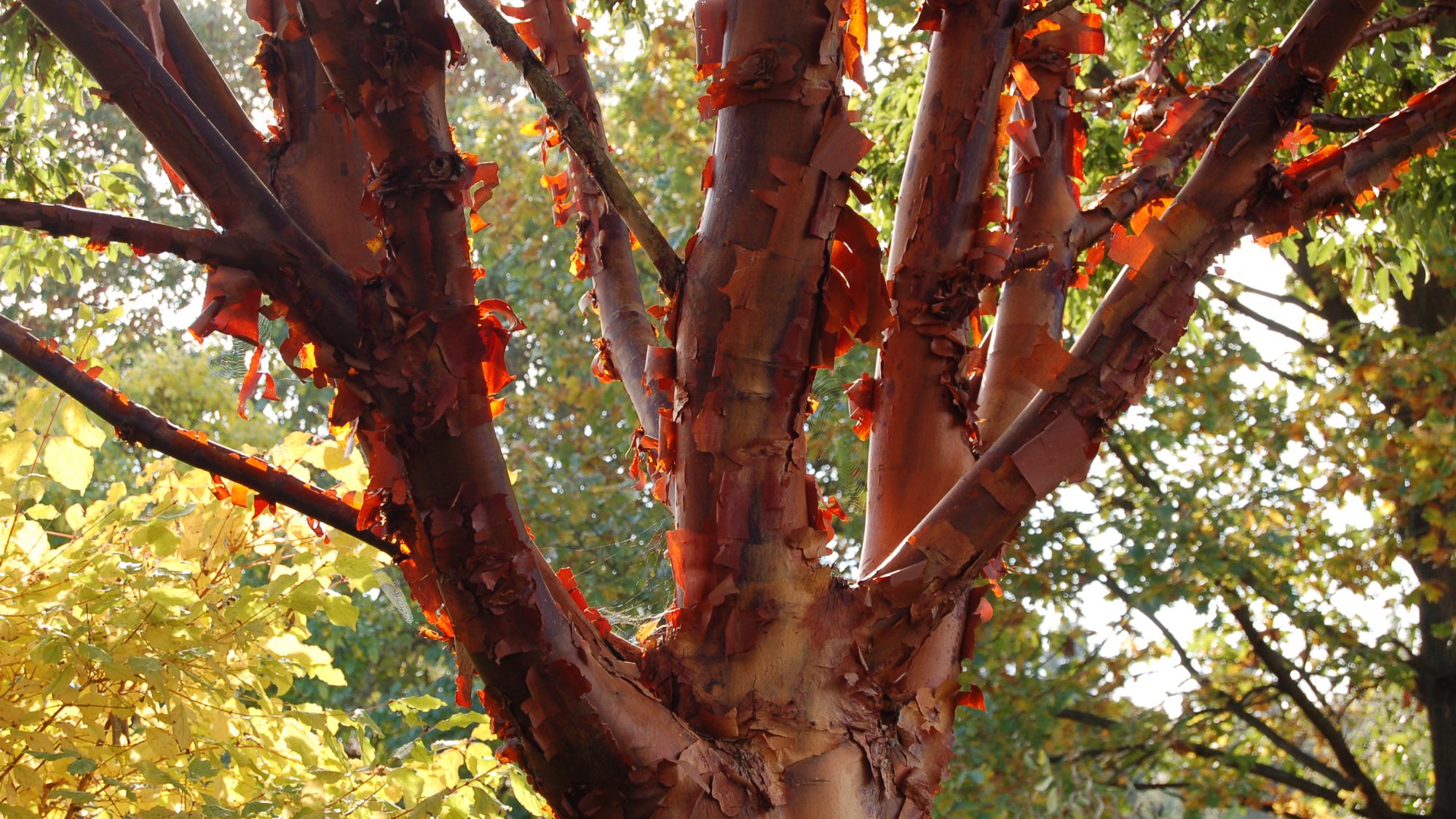 The flaking, cinnamon bark of this small maple provides seasonal interest in the Winter Garden.

A native of western China, Acer griseum, has been on the collecting list of several imminent plant collectors, including the French missionary Père Paul Farges, and the Irish plant hunter Augustine Henry. It was not until it was collected by Ernest Wilson in 1901 for the Veitch nursery that it became more widely available. This is a highly attractive, slow-growing tree, with trifoliate leaves with a grey, downy underside, and it is this feature which has given rise to the species name griseum, meaning grey. It earns the common name paperbark maple from its distinctive peeling bark. Here it has been carefully positioned to ensure that the low winter sun backlights the peeling, papery bark to great effect. Although widely grown in collections, this species is endangered in the wild, partly because only a small percentage of the seed it produces is viable, but also because its habitat is under threat from logging activity.