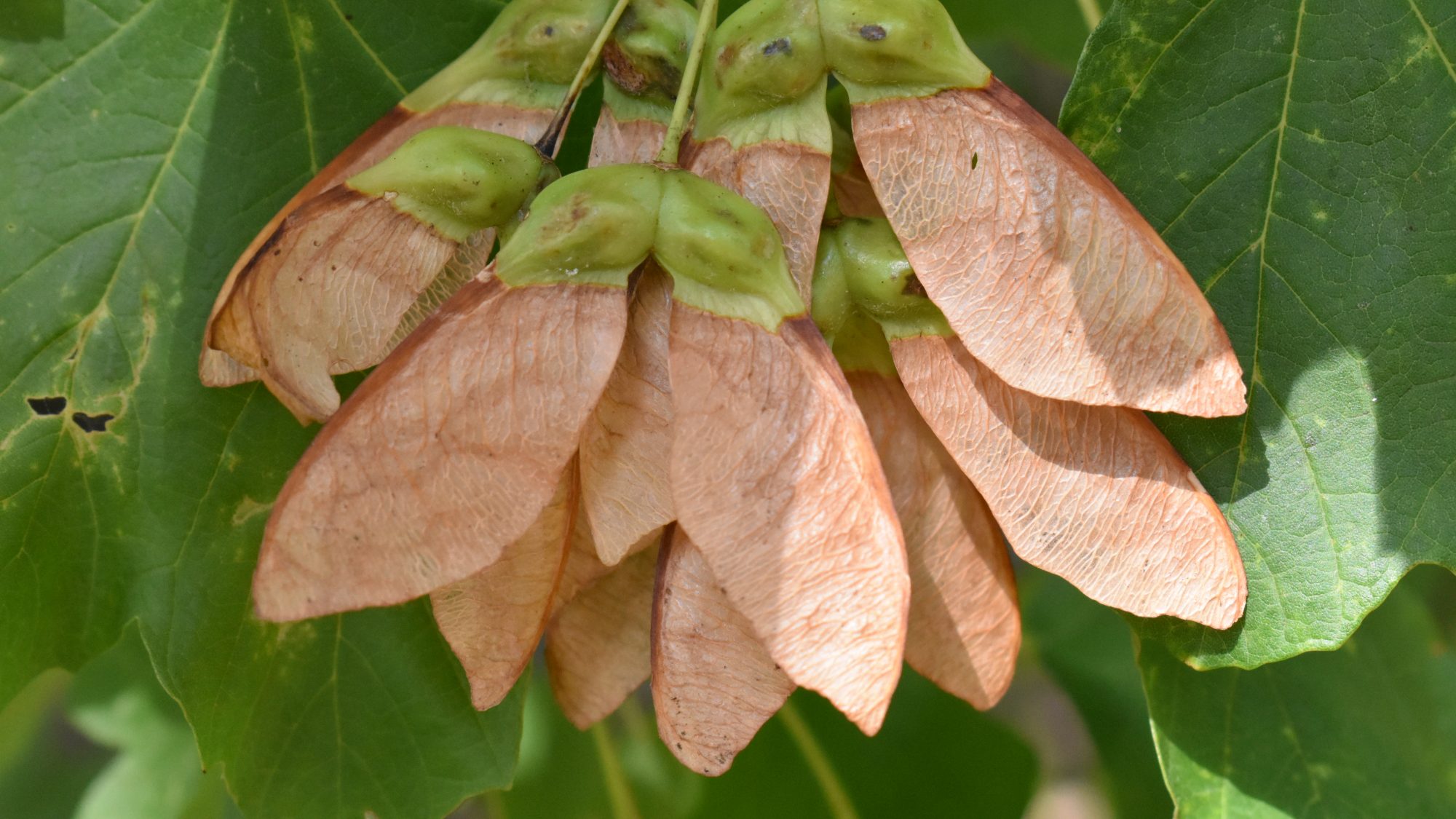 The Italian maple is bearing attractive winged fruits on the Fairway.

First grown in gardens of the United Kingdom in 1752 Acer opalus remains one of the lesser known species of maple. It is an attractive species from temperate Asia and Europe, where it grows on limestone in cool, humid forests at altitudes up to 2000m. The leaves are held on a red or green petiole up to 18cm in length, and have three to five shallow lobes, and these may take on golden colours in autumn. In April and May it bears attractive yellow flowers to great effect, and in late summer it produces clusters of samara (fruit), consisting of a pair of winged nutlets, which can be up to 5cm in length.