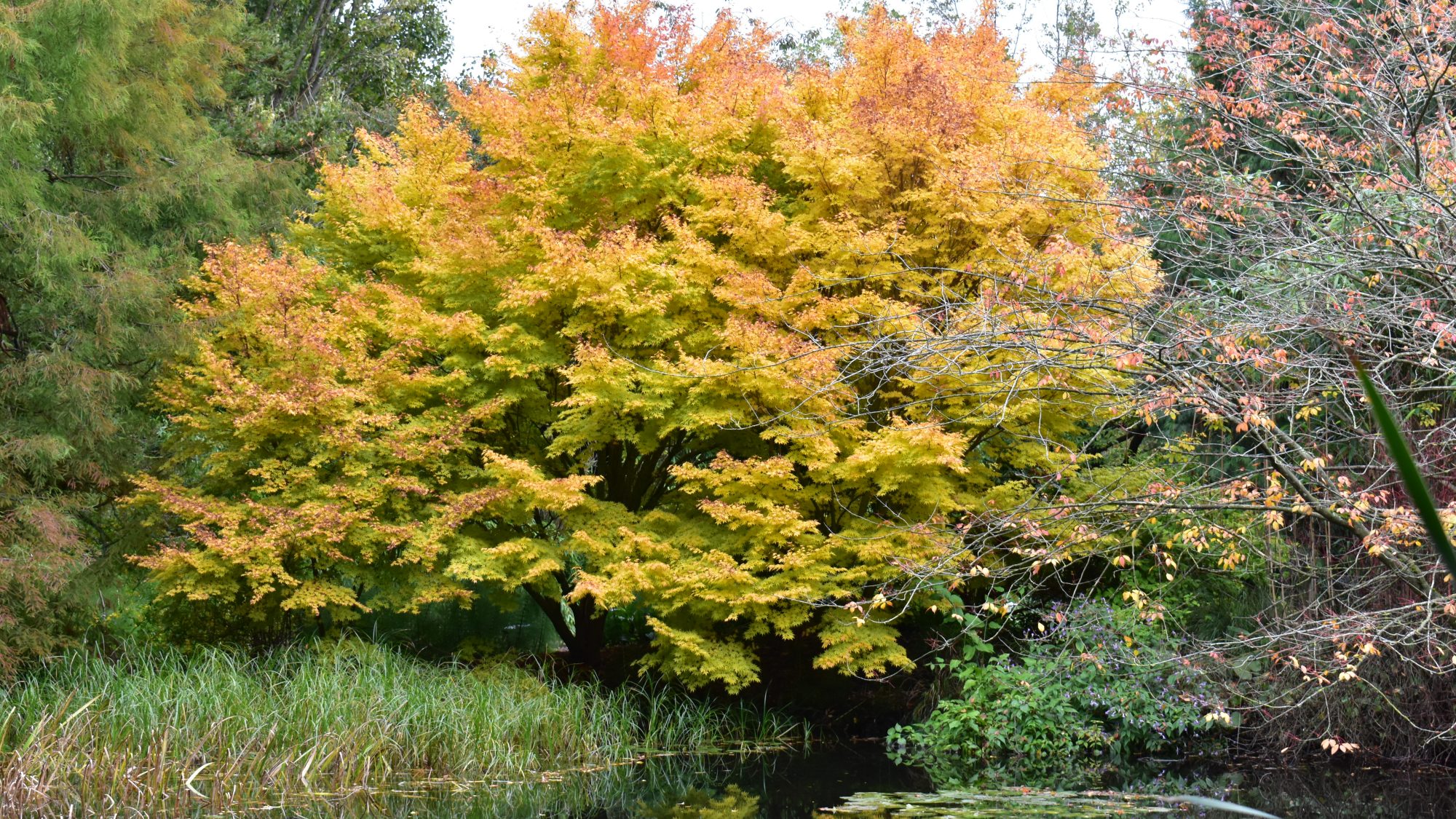 The golden leaves of the coral bark maple are bringing autumn cheer to this corner of the Lake.

One of numerous cultivars of Japanese maple, ‘Sango-Kaku’ can grow to be either a large shrub or small tree to 6m in height. The deciduous leaves are 5-lobed, as you would expect of Acer palmatum and its cultivars, which have five to seven lobes. Originating from Japan, China and Korea, A. palmatum was first introduced to English garden in 1820. In spring the emerging leaves of ‘Sango-Kaku’ have a pink flush, and these become a pale green as summer progresses, and take on yellow and golden hues in autumn. The bark takes on a coral flush which makes it a valuable tree for adding colour to the garden in winter, and this gives rise to the common name coral bark.