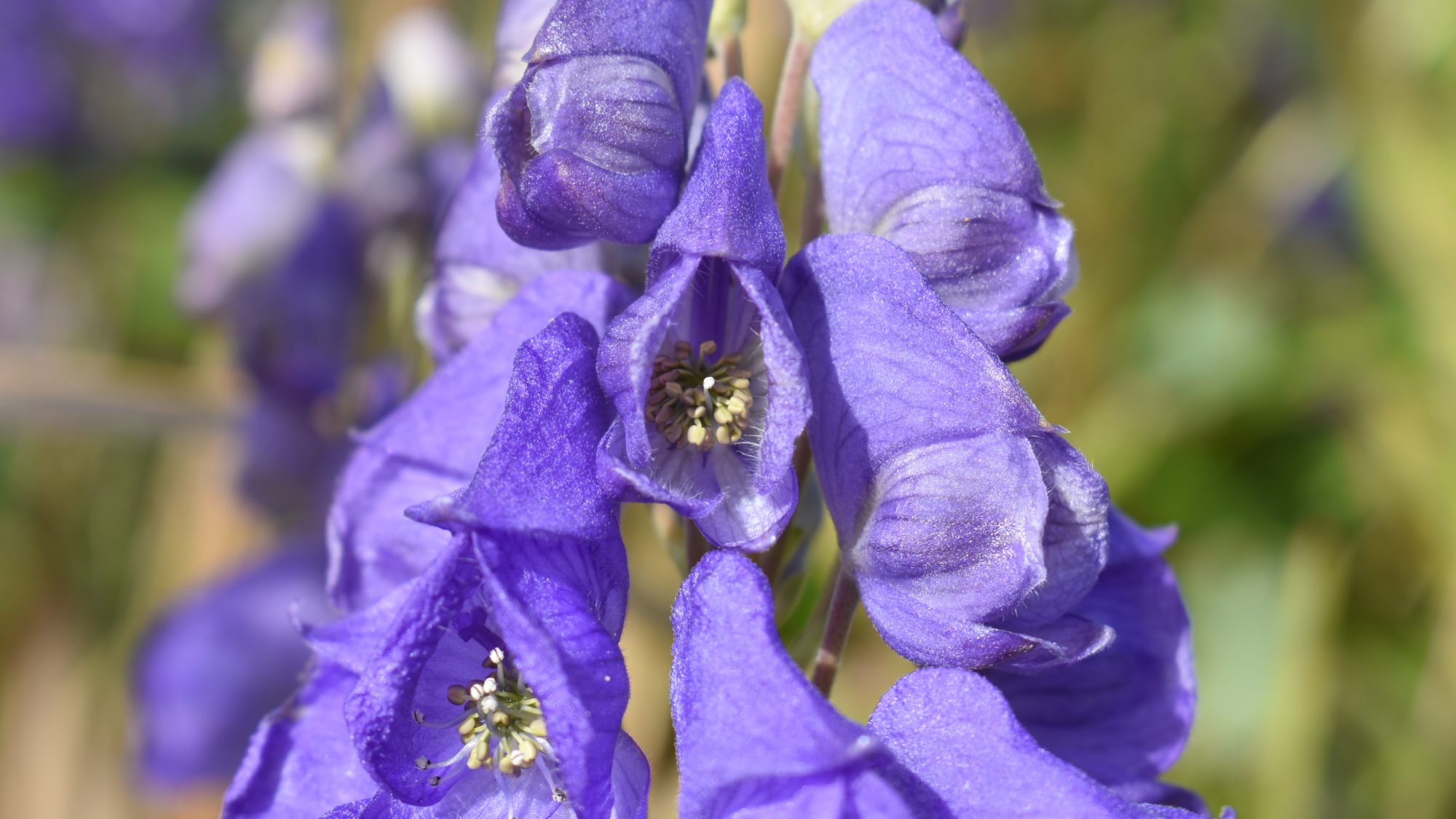 The erect spires of this aconite add late interest to the Herbaceous Beds.

A member of the buttercup family (Ranunculaceae) the genus Aconitum numbers approximately 100 species of perennials and biennials from the mountains, grasslands and scrublands of the northern hemisphere. All have lobed leaves and hooded flowers, in which the sepals take the form of the hood, and the petals are adapted to form nectaries hidden beneath the hood. It is from these that the plant takes its common name. Aconitum carmichaelii occurs in China and North America, where it grows in woodland margins, grassy slopes and mountains at altitudes up to 2200m. This species is named in honour of the plant hunter Captain Dugald Carmichael (1772–1827), and the cultivar ‘Kelmscott’ was raised in the 1930’s and commemorates Kelmscott manor in Glocestershire. It is a tuberous, erect perennial to 2m in height, and produces panicles of striking violet-blue flowers in autumn. All parts of Aconitum are highly toxic if ingested and care should be taking when handling plants.