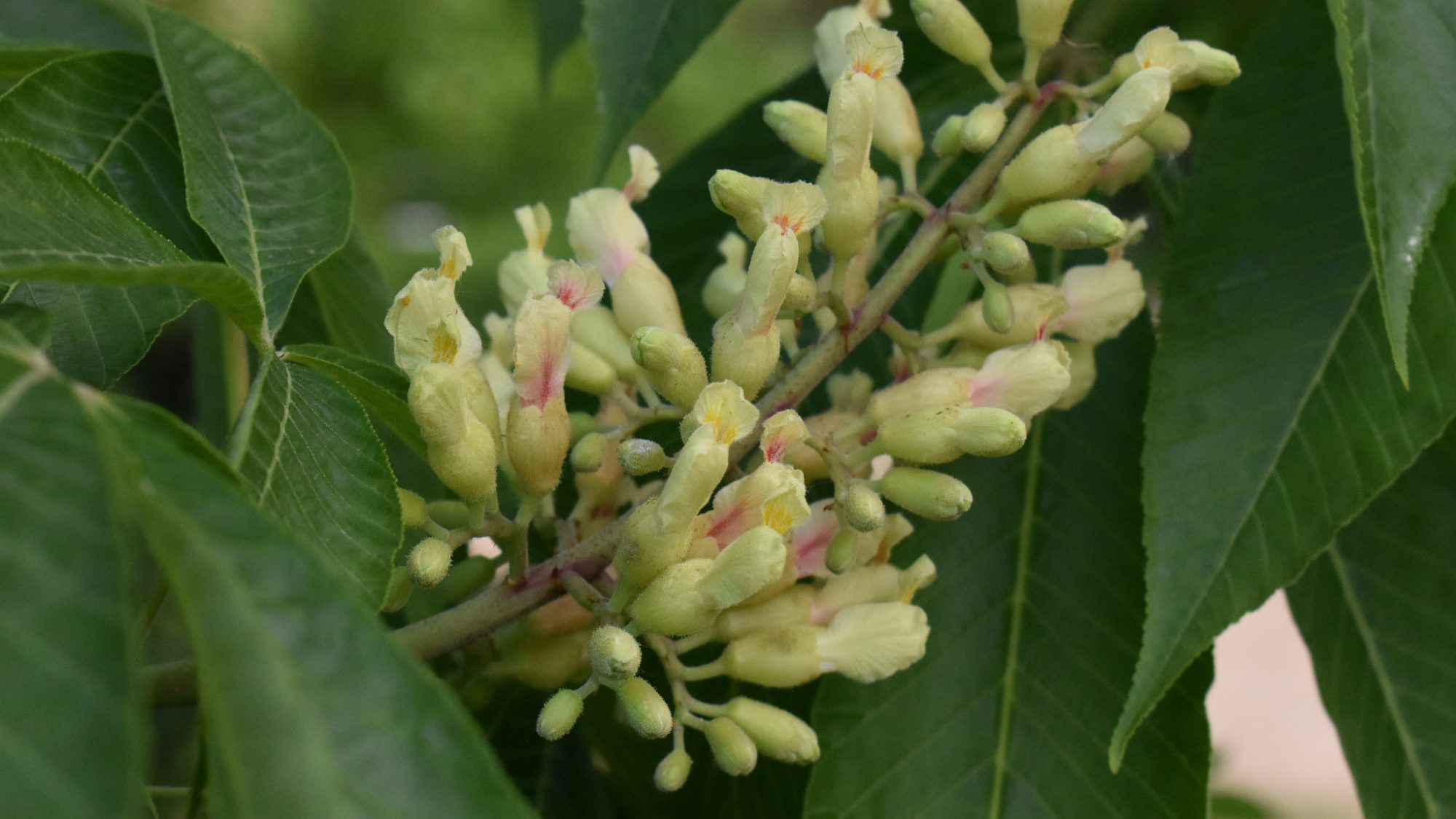 The yellow buckeye is in full flower on the northern boundary of the Autumn Garden.

One of fifteen species of deciduous trees and shrubs from Europe, east Asia and North America, the yellow buckeye (Aesculus flava) is a native of the eastern United States, where it grows in moist forest at altitudes up to 2000m. Reaching 30m in height the leaves have five to seven leaflets, each with an acute tip. Erect panicles of four-petalled, yellow flowers, appear in May and June. The fruits are carried in a thick husk, or shell, containing two or three fruits.