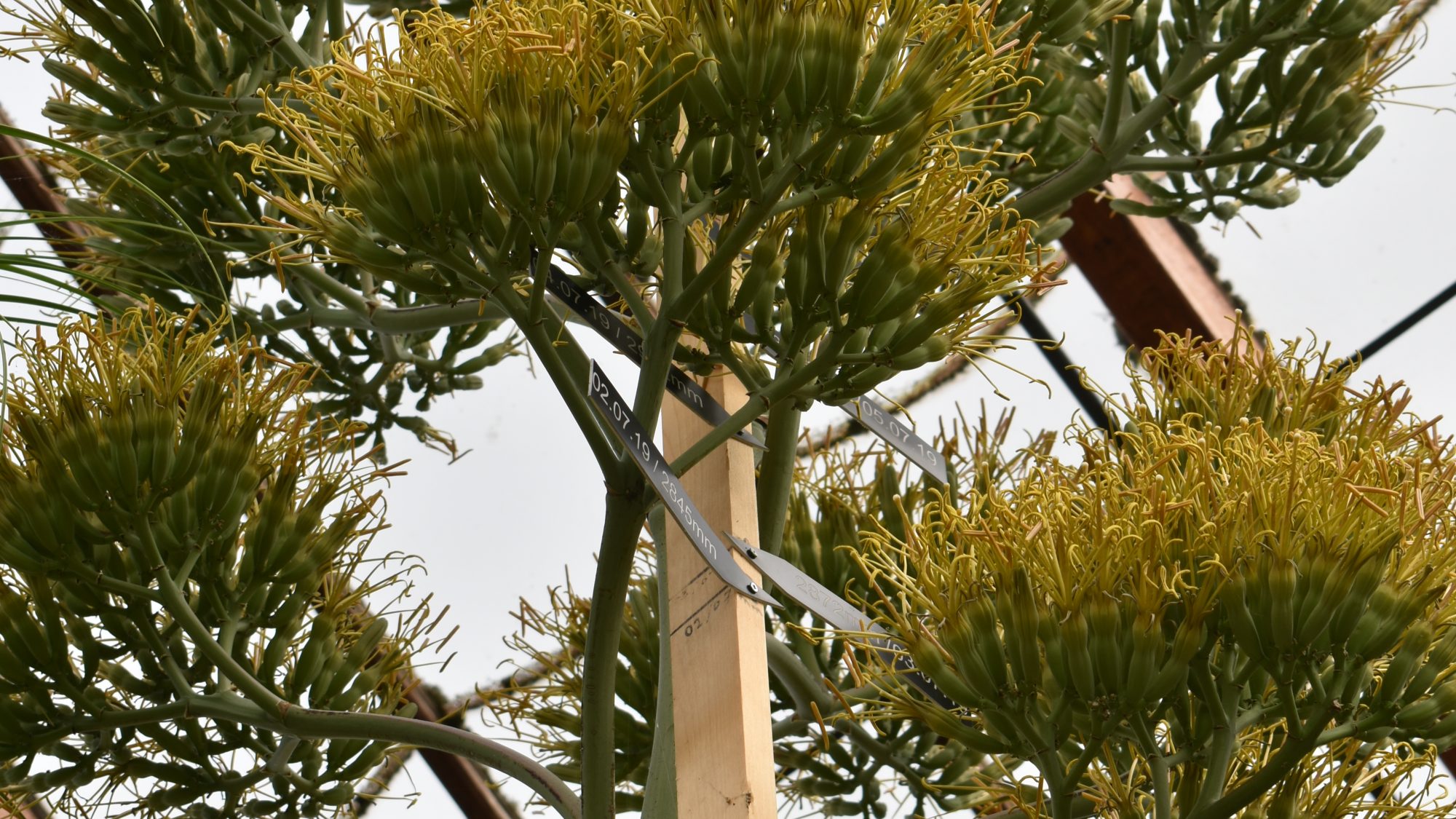 Our Agave has finally decided to reveal its flowers to us in the Arid Lands House.

The genus Agave belongs to the asparagus family, Asparagaceae, and the flower stem, or ‘mast’, of this species resembled asparagus on steroids when it first started putting on growth. The mast of all species within the genus emerge from the centre of a basal rosette of succulent leaves which are toothed, or serrated. In this species the rosette is monocarpic, so will produce one flower stem, and the entire rosette may die off after flowering. As the mast extended it produced branches of petal-less flowers. These comprise both male and female flowers, which are self-pollinating, though these may also be pollinated by birds in their native habitat. We were uncertain of the true identity of this plant, which was originally labelled as Agave heteracantha, so its flowering has provided us with an opportunity to identify it. We now believe it to be A. vivipara, which occurs in Mexico and the south eastern United States, though will only be able to confirm this if it produces seedlings in the flowers. The specific name vivipara comes from this characteristic of some plants, and means bearing its own babies, as mammals do.