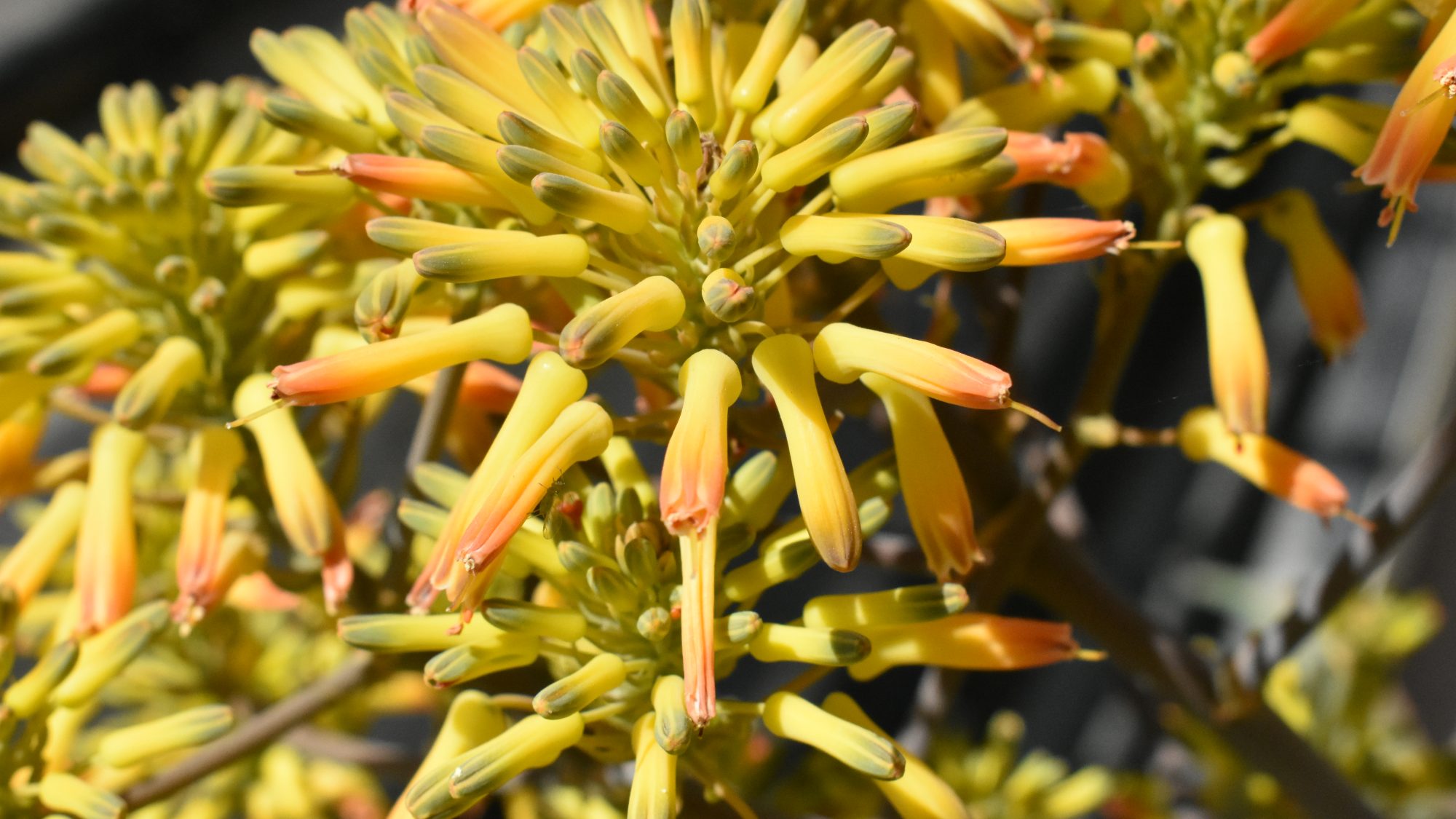 This attractive succulent is putting on a showy display in the Aridlands House.

Originating from the northern Cape Province of South Africa, where it occurs in only a small number of populations in the western Karoo, Aloe buhrii produces a stemless rosette of lightly toothed, or toothless, succulent foliage. From this rosette a multi-branched inflorescence emerges with terminal clusters of flowers, varying in colour from orange to yellow. The individual buds are erect on emergence, and as they open the flowers hang down. A. buhrii was first described in 1971 by the botanist John Lavranos, who assigned the name in honour of Elias Buhrii, a farmer from the northern Cape Province who first introduced this plant into cultivation.