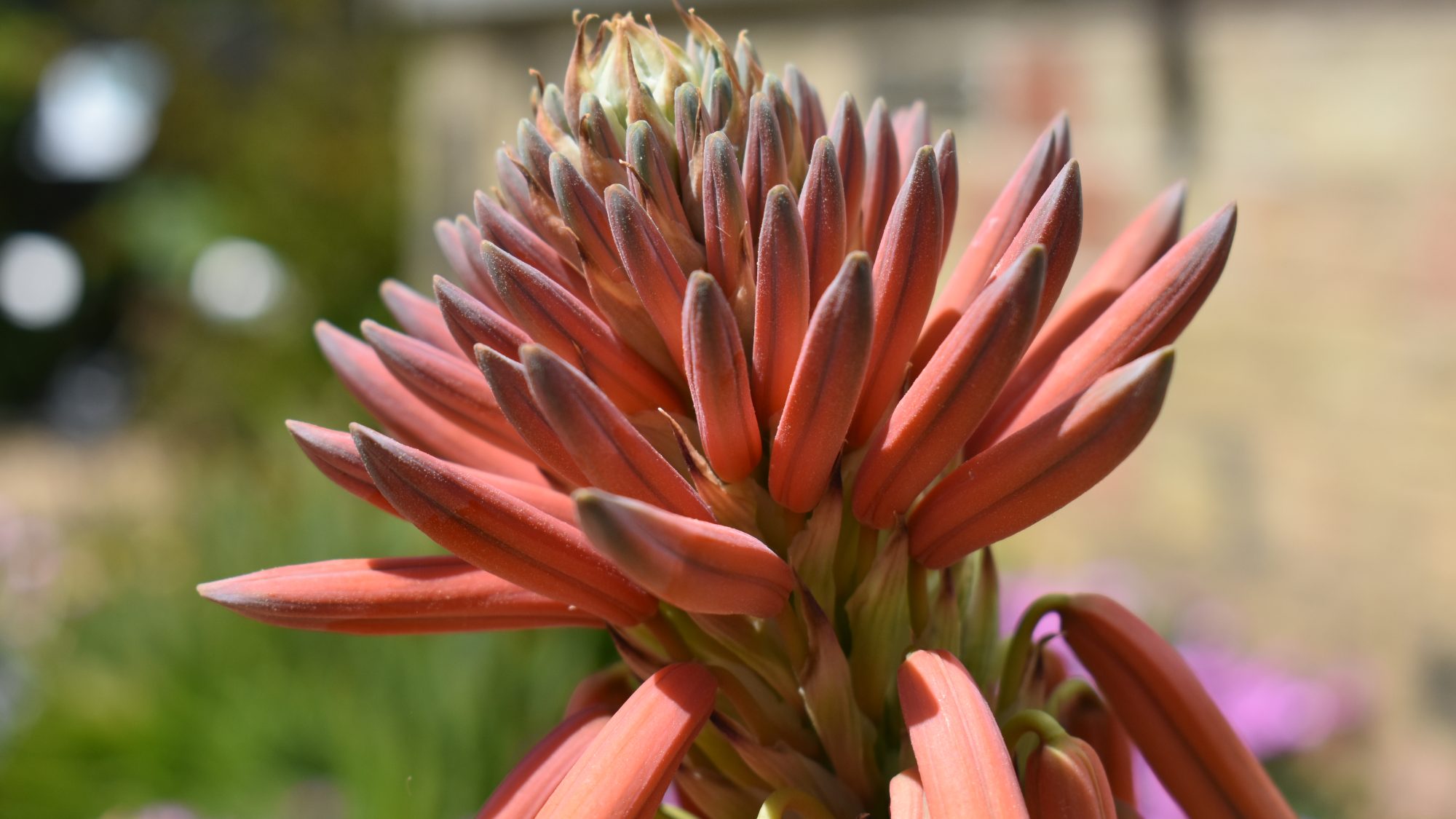 The spiral aloe, Aloe polyphylla, is thriving in this south-facing border in front of the Glasshouses.

A native of the mountains of Lesotho, South Africa, Aloe polyphylla grows at altitudes between 2000 and 2500m, and is exposed to snow and temperatures below freezing. It is an endangered species and is often referred to as the gem of the Drakensberg. The spiny, succulent leaves radiate out from a basal rosette to create a spiralling fractal. Grown very much for its foliage rather than for its flowers, it will produce pink-orange, branched inflorescences, if grown in a hot, sheltered position.