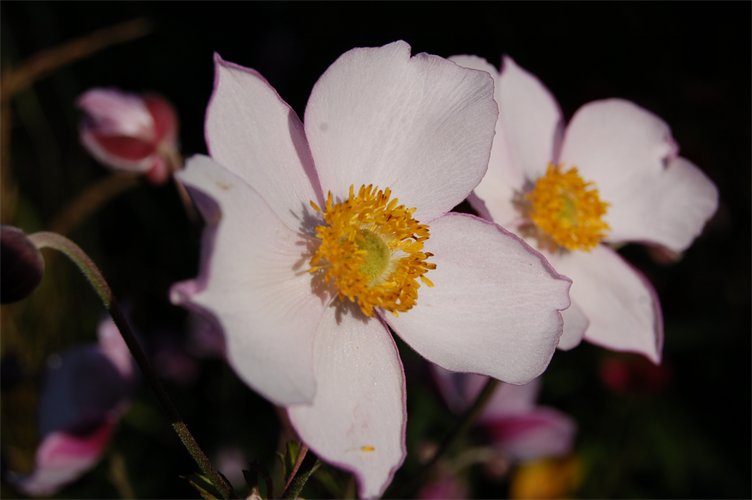 The Japanese anemone is a stalwart of the late summer garden, and this is a charming cultivar, familiar to many.

The Japanese anemone, Anemone x hybrida ‘Königin Charlotte,’ is one of numerous, widely grown cultivars which endures in our gardens. They will reward the gardener with a succession of single and semi-double blooms from late summer into autumn. This one is a reliable, vigorous cultivar if grown in a moisture-retentive location in sun or semi-shade.  The upper surface of the tepals is soft pink in colour, while the reverse has a deeper hue. Uncertainty exists about the origin of this enduring garden favourite, and although considered by some to have been a 1906 introduction by the Lemoine nursery in France, it is more likely to have been introduced into cultivation by the German horticulturist Wilhelm Pfitzer in 1898. The name Anemone derives from the Greek word for wind, anemos, which is highly appropriate for members of the genus, which bring another dimension to the garden when fluttering in a breeze.