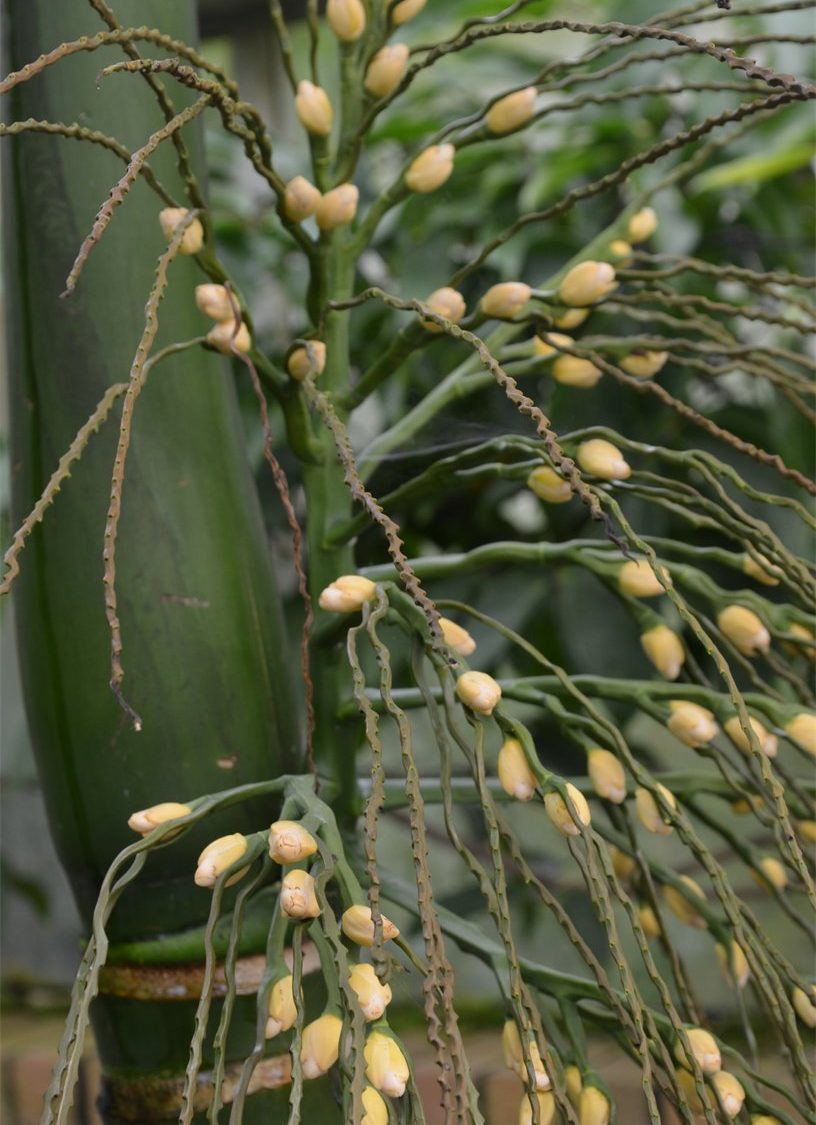 This palm in the central rainforest house has a single stout, mid green trunk, the lower third strongly ribbed.  Just above the last scar a new inflorescence is an arresting site – and smell!

The structure comprises of many zigzag, waxy and sometimes woody streamers in which the rather sickly yellow flowers are stuck like gobs of abandoned bubble gum. There is an unpleasant, excrement-like smell about although in the tropics there are often several contenders for this phenomenon, usually evolved to attract pollinator flies!

The common name of betel nut is misleading for many reasons!  It is in fact a drupe, not a nut, and is not related to the betel leaf at all, which is in the pepper family of vines.  The common name arises from the long tradition in Asia of chewing the nut (or drupe!) along with betel leaf for its mildly stimulating effect.  Betel nut is now grown the world over and is popular but it is not at all certain where it originated – probably the Philippines.