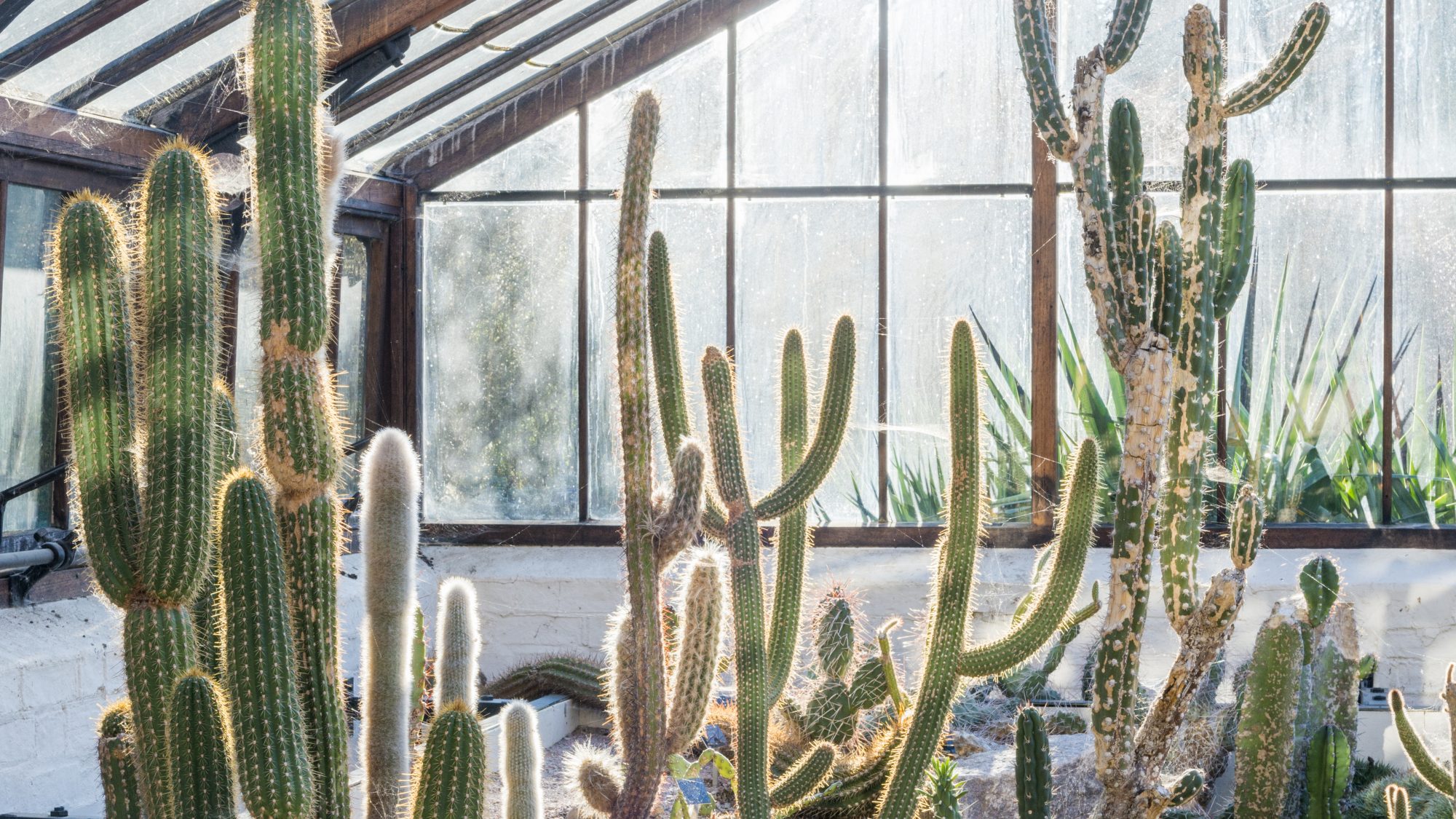 Water is always scarce in arid lands. Some places get small amounts of rain every year. In others, it may not rain at all for decades. It can also be scorching hot, up to 50 ºC in the daytime. The nights, however, can be freezing cold.  These extreme conditions support an amazing variety of extraordinary plants, a selection of which is displayed in Arid Lands.

The recent re-landscaping of the most easterly house in the Range was inspired by the vision of a dry river bed studded with boulders; a paved path leads through a desert landscape, inviting a comparison between African plants on one side and ‘new world’ plants of the Americas on the other.

Arid land plants show a variety of mechanisms to cope with low water supplies.  Some, like Cacti, are succulent and store water in fleshy leaves or swollen stems and many are globe-shaped, a shape which maximises the stem’s water storing capacity, while minimising the surface area through which water evaporates.  Leaves, if they are present at all, are often very small or reduced to spines.  Still other plants, such as the Ocotillo (Fouquieria splendens), only grow leaves after it rains, and then shed them quickly when water again becomes scarce.

Comparing the plants in the African bed to those from the American deserts reveals a phenomenon called ‘convergent evolution’.  Plants in both these areas have experienced the same problems of limited water supply and high temperatures.  Independently, they have evolved similar survival mechanisms, so that the succulent Euphorbia horrida from Africa resembles cacti from the Americas such as Gymnocalycium monvillei subsp. horridispinum, although they are entirely unrelated.  Both these plants exhibit fleshy stems with ridges that allow expansion to store water, and each ridge is armed with ferocious spines that deter grazers.  Similarly, whorled leaf arrangements, that direct rainfall to the roots, occur in many Agaves of America and many Aloes from Africa in another example of convergent evolution.