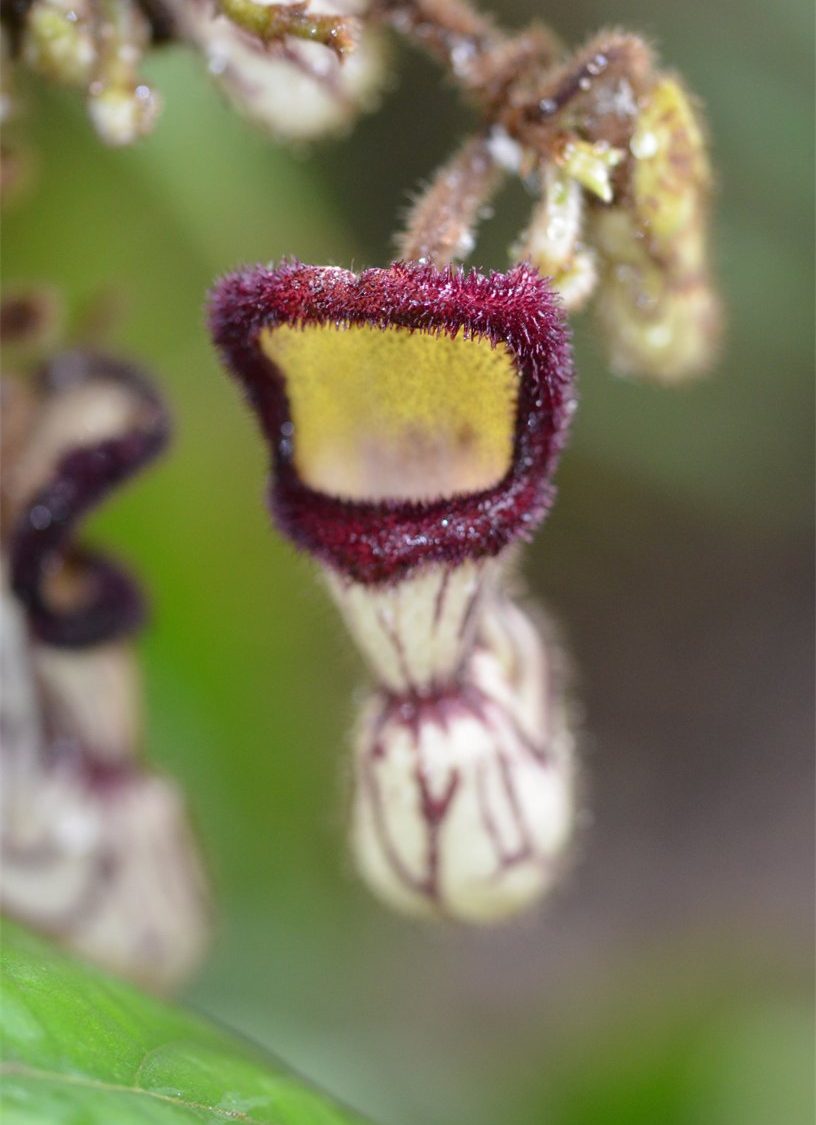 A woody climber with corky bark, the Dutchman’s pipe, Aristolochia cathcartii twines tightly around one of woodchip filled supports in the eastern tropics that we use to mimic tropical host plants.  The plant is currently hung with masses of sinister flowers, appropriately s-shaped like butcher’s meathooks.

The tubular, inflated flowers are cream with rivulets of purple markings, the mouth wide and thickly edged with purple hairs as though trimmed with a feather boa.  But there’s nothing extraneous about this trim!  It acts to imprison flies and beetles attracted right into the tube by the stink of rotting flesh. Escape is futile until the insects are covered in pollen and the entrapping hairs wither to allow the now pollinators to move on to the next flower.