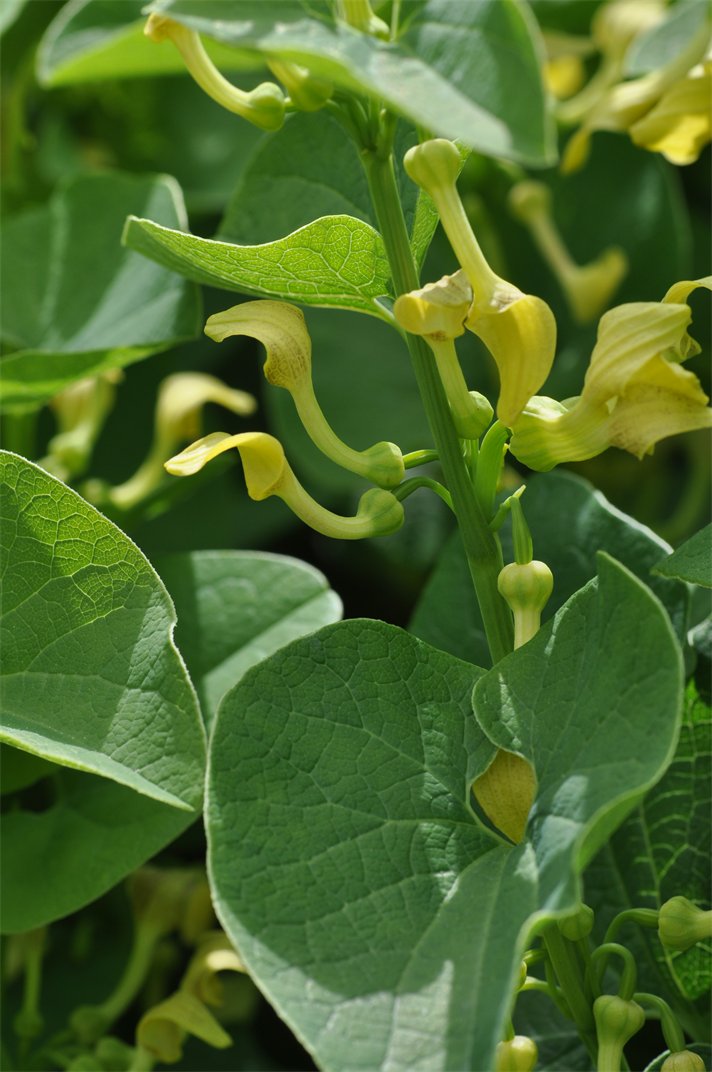 A donut-shaped bed on Systematics is currently overflowing with European birthwort, Aristolochia clematitis, a hardy cousin of the tropical Dutchman’s pipes.  The heart-shaped somewhat bluey-green leaves are alternately arranged up the twining stems, which are decorated with clusters of pale yellow, curiously S-shaped flowers with elongated hoods.

Richard Mabey in his Flora Britannica is, as ever, illuminating on what he describes as the ‘fancied resemblance’ between the funnel-shaped flowers and a uterus, referred to in the common name of ‘birthwort’. Mabey reports that the Oxford botanist, Prof E F Warburg was fond of scandalising audiences by describing birthwort as a ‘good arbortifacient, only found in England in nunneries, where it is an introduced plant,’ and goes on to say that most of the naturalised colonies of birthwort are – or were- on the sites of old abbeys or ecclesiastical establishments, including Bury St Edmunds Abbey, Suffolk, and it may once have been commercially cultivated in and around Cambridge where populations cling on.

This is a classic example of the medieval doctrine of signatures that permeated folkloric medicine and which stated that herbs that resemble various parts of the body can be used to treat ailments of that part of the body.  Birthwort is in fact highly toxic and can cause kidney failure.