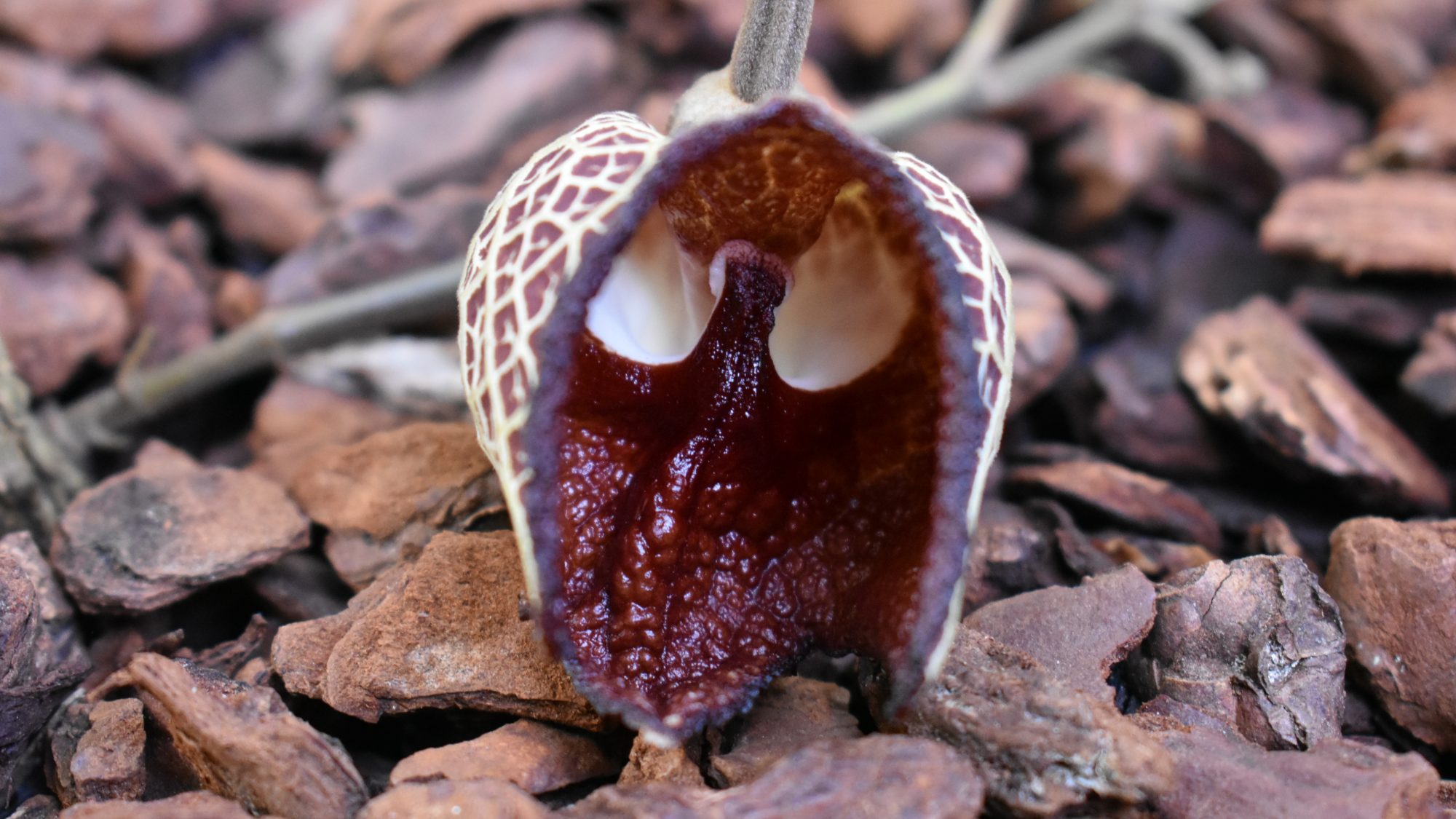 This tropical species, bearing the common name the Darth Vadar flower, is displaying its unusual blooms in the Palm House.

The genus Aristolochia contains approximately 300 species of climbers, shrubs and perennials from temperate and tropical regions of the northern and southern hemispheres. All have petalless flowers, and most are either white, purple, brown or maroon in colour, and are heavily veined. Many also emit a malodorous scent of rotting flesh. This coupled with their colouring, venation and curious form helps them attract pollinating insects, which fall into a cauldron, or trap, and incidentally pollinate the flowers. A. salvadorensis (syn. arborea) is a small, evergreen shrub from tropical rain forests of southern Mexico and Guatemala whose flowers are produced on stems which scramble across the soil surface. The flowers are approximately 2-3cm in height. A heavily veined hood envelops a glossy maroon inner, with two white cauldrons, with the entire flower resembling Darth Vadar.