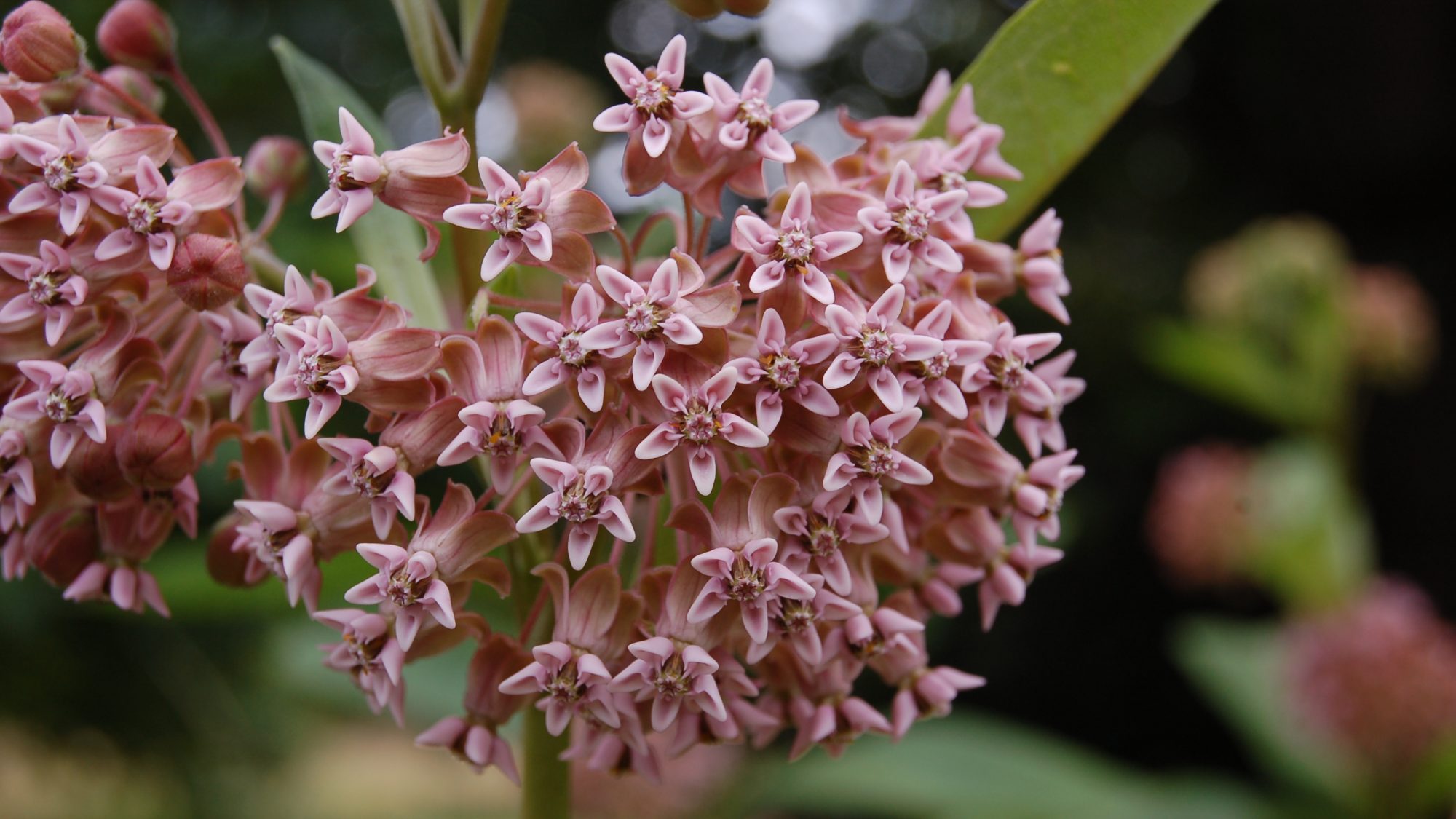 This showy plant can be seen on the Chronological Bed where it is displaying heavy, bauble-like blooms.

Asclepias syriaca is one of 110 species of this seldom grown  genus, which is commonly referred to as milkweed, in reference to the milky sap it exudes.  It is also referred to as silkweed due to the silky white hairs on the seeds, which are produced in fleshy pods.  This species grows in eastern North America in disturbed ground, but members of the genus occur in South Africa, temperate North America, and tropical North and South America.  All have simple, narrow leaves and umbel-like cymes which produce a loose ball of flowers.  A. syriaca has fleshy roots and spreads relatively easily.  The pinkish flowers are produced in axillary cymes, and each inflorescence comprises numerous individual flowers whose corolla lobes reflex to expose five petals which resemble hoods and horns.  This species is scented and a highly effective butterfly and bee attractant.