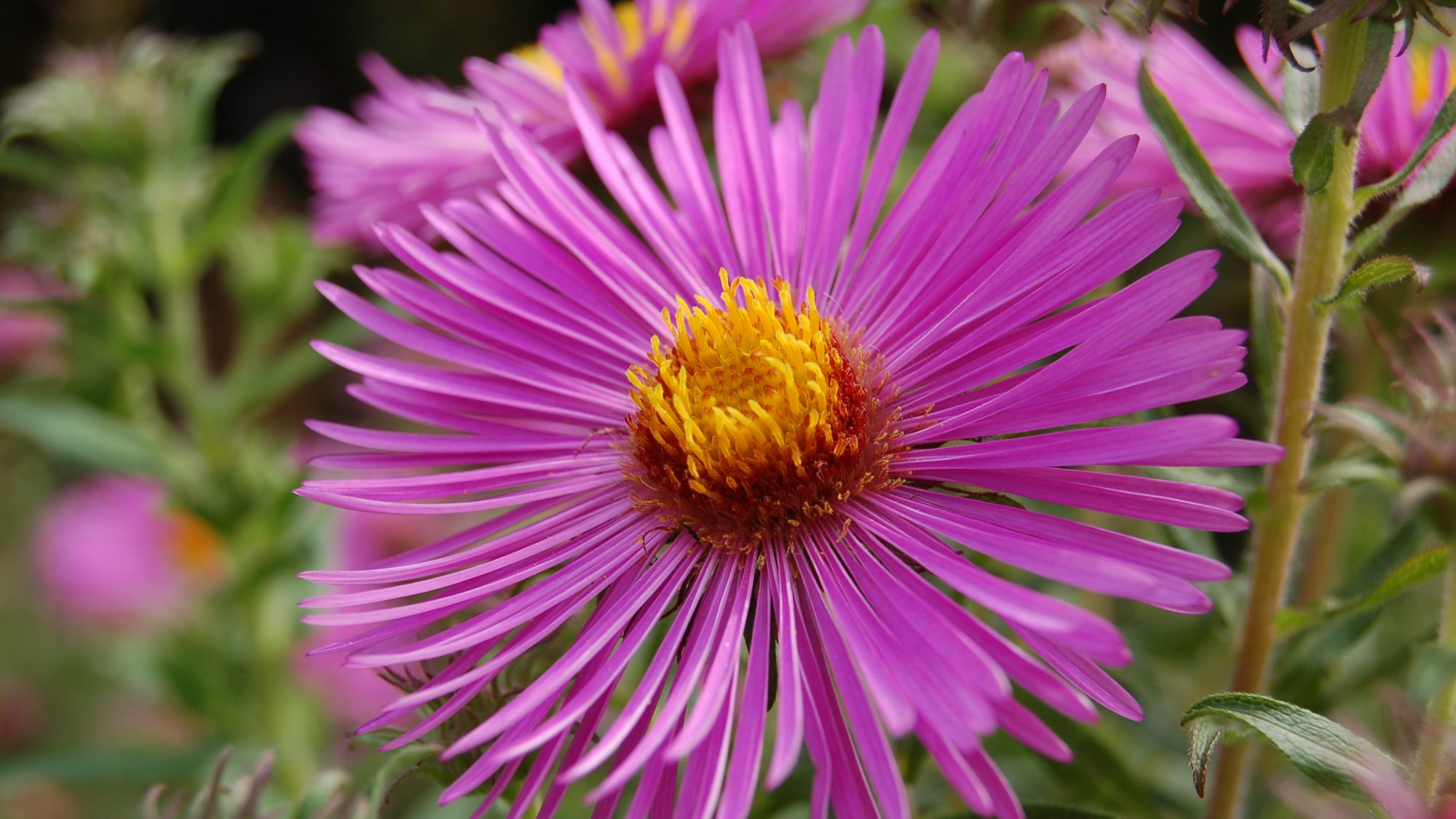 The daisies are reliable in bringing late season colour to the garden, including this one on the Herbaceous Beds.

Symphyotrichum novae-angliae ‘Barr’s Pink’ has bright pink, semi-double ray florets encircling a central boss of many small, yellow disc florets. These are held on erect stems to 1.5m high, which bear stalkless, lance-shaped leaves. It is one of many late-flowering cultivars which arose from the North American species S. novae-angliae, and which are commonly referred to as New England asters. The genus was previously referred to as Aster but has now been split from this genus and assigned its own genus, Symphyotrichum.