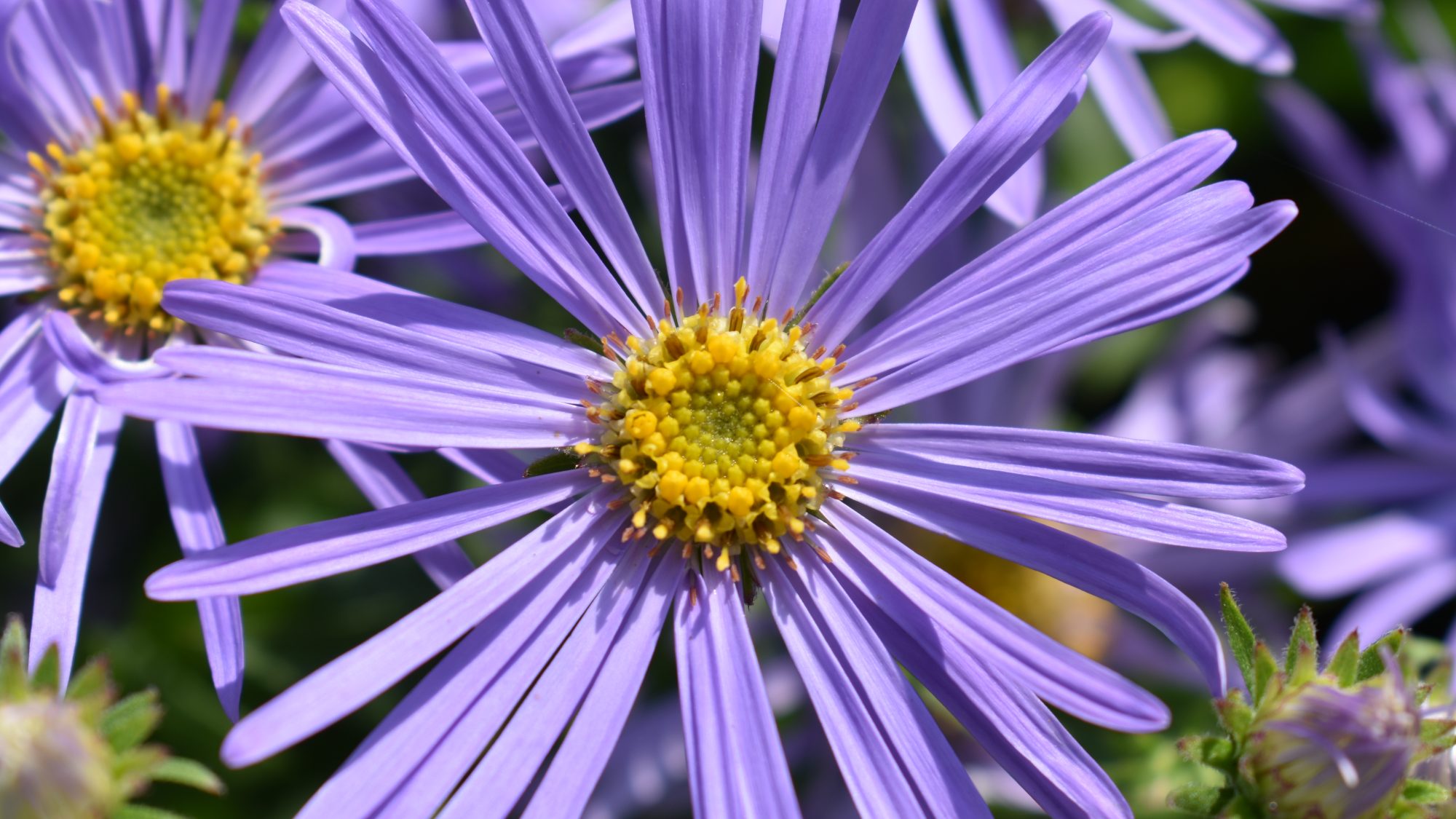 This attractive daisy is a welcome addition in the front of the Herbaceous Island Beds.

Aster x frikartii ‘Mönch’ is a reliable and rewarding erect species that can grow to 90cm in height, requires no staking, and is unaffected by mildew. It bears loose corymbs of lavender-blue flowers, each with a central, golden ray floret from high summer through to autumn, and enjoys well-drained, moderately fertile soils in full sun.  This is an undemanding Michaelmas daisy, producing a succession of bloom on erect stems, which contrasts well with a wide range of herbaceous perennials. A. x frikartii ‘Mönch’ is one of a trio of hybrids raised in Switzerland in 1918, and named in honour of three mountains of the Jungfrau region of that country; ‘Eiger’, ‘Jungfrau’ and the widely grown ‘Mönch’.