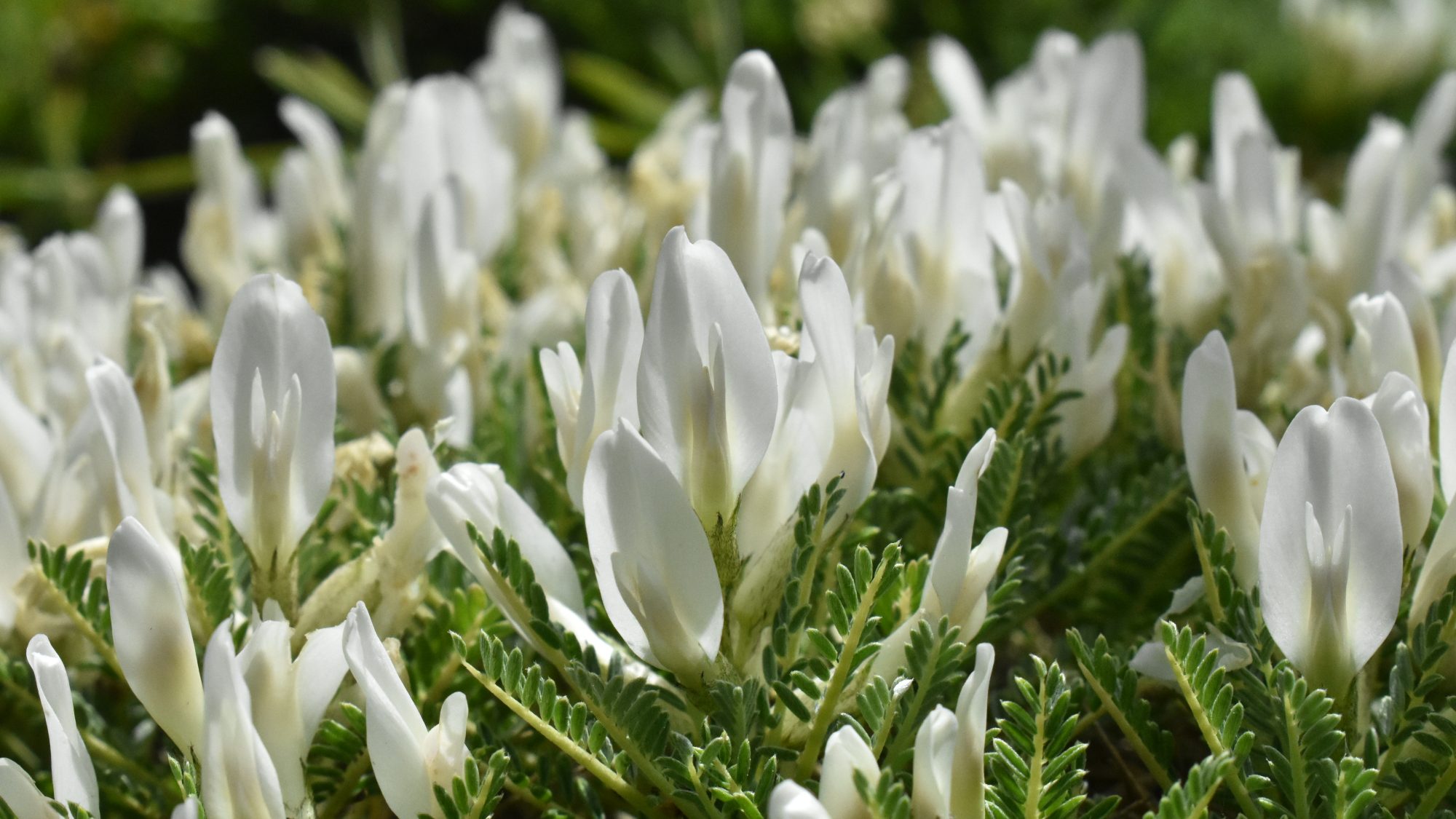 This spiny, cushion-forming plant is producing a mass of flower on the Limestone Rock Garden.

Comprising some 2850 species Astragalus is the largest genus of seed-bearing  plants, occurring predominantly in the northern hemisphere, but also in the southern hemisphere. Most members of the genus are spiny, cushion-forming shrubs from steppe and grassland. The taxonomy and classification is complex, and this species has several synonyms, including A. cymbostegis, which is now the more widely accepted name. A. ambiguus is erinaceous (hedgehog-like) in appearance, being of compact habit and covered in spines. In early summer it produces keeled, white flowers typical of the Fabaceae (pea family), to which it belongs. A native of Syria it requires a hot, sunny, well-drained position, and it thrives here on the Limestone Rock Garden.