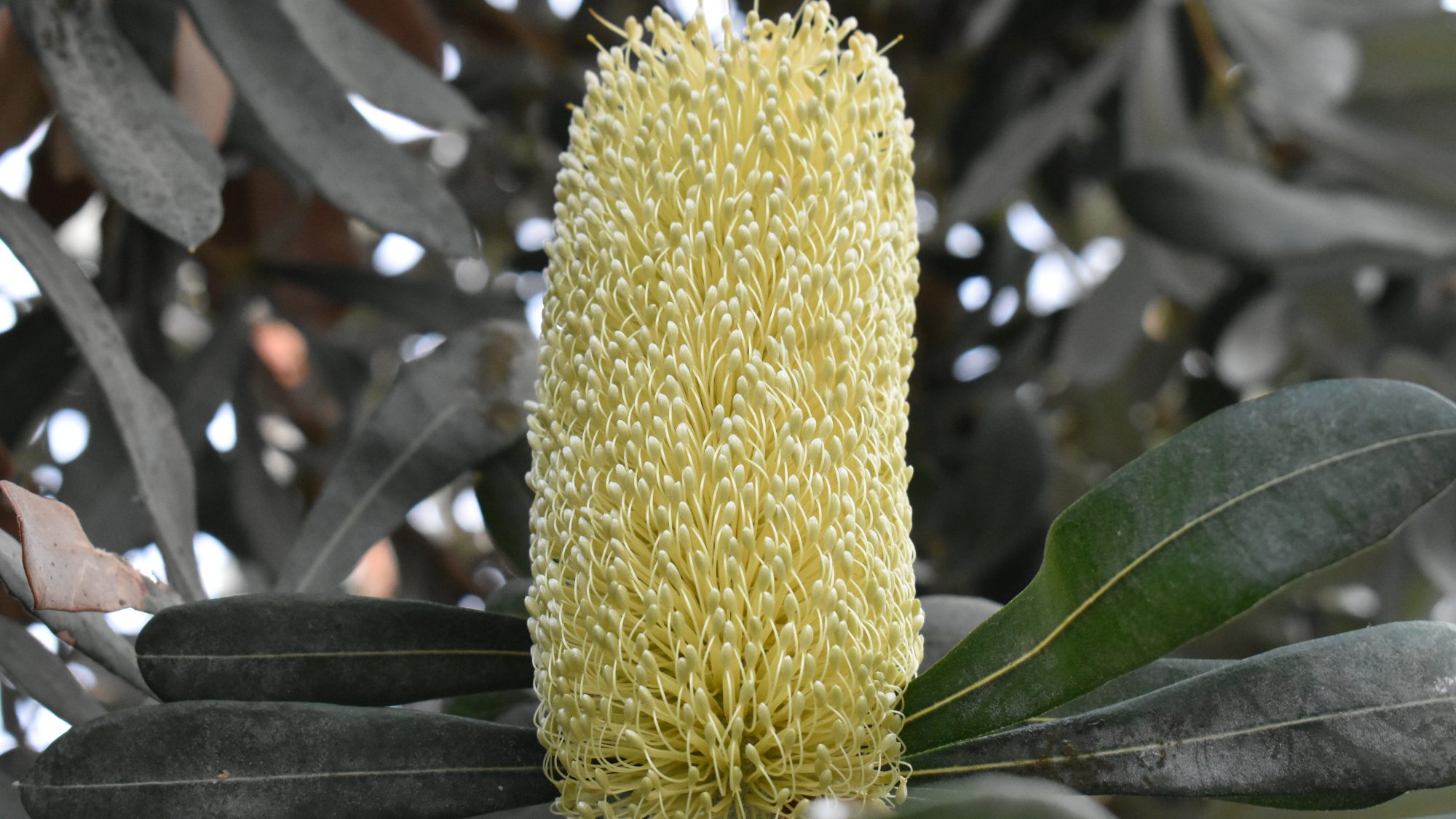 This Australian shrub is displaying distinct flower heads in the Continents Apart House.

Named in honour of the President of the Royal Society Sir Joseph Banks (1743-1820) the genus Banksia belongs to the Protea family (Proteaceae) and contains approximately 170 species of woody evergreens. With the exception of one species from New Guinea all members of the genus occur in Australia, where they grow in arid zones or rainforests. B. integrifolia is native to New South Wales, Queensland, South Australia and Victoria where it grows in coastal zones from which it has earned the common name coast Banksia. As all Banksia it is an evergreen tree, and it can reach 8m in height. The long, leathery leaves are arranged in a whorl, and have a silvery lower surface. Terminal flower heads are cylindrical in shape and comprise hundreds of tiny individual flowers of a green-cream colour, and which are held in pairs to produce a dense brush-like appearance. The flowers are followed by distinct woody fruits which resemble cones.